But it will lease the other nine to provide the overall total of 16 aircraft. Condor has not specified the source of the leased jets.

Airbus chief executive Guillaume Faury confirmed during a first-half results briefing that the airframer would be supplying seven A330neos to the carrier, but did not indicate whether these were aircraft that had previously been intended for other customers. 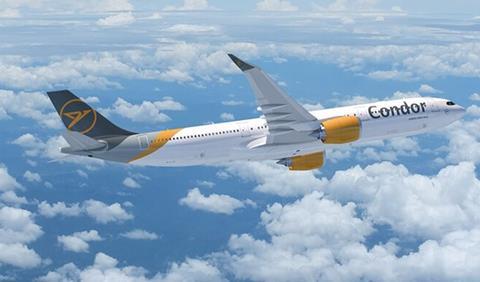 Condor will use the Rolls-Royce Trent 7000-powered type to replace older models including its Boeing 767-300ERs, operating the A330neos on intercontinental routes to the Americas, Asia, Africa and the Caribbean.

The airline already uses a fleet of Airbus A320-family jets. It will start receiving the A330neos in 2022.

“By operating the A320 and A330neo aircraft side by side, the airline will benefit from all the commonality economics these two premium products offer,” says Airbus chief commercial officer Christian Scherer.

He claims the A330neo has been successful in the “vast majority” of competitive evaluations in the past three years.

Scherer adds that Condor’s decision will “set a new benchmark” on its “trajectory towards more sustainable flying”.