All the winners from the 2019 Airline Strategy Awards

Carsten Spohr, the chief executive of Lufthansa Group, and William A “Bill” Franke, the founder and managing partner at Indigo Partners, took the top honours today at the 2019 Airline Strategy Awards, which recognises individuals, airlines and companies supporting air transport that have demonstrated dynamic leadership and clear vision.

Spohr received the 2019 Executive Leadership Award to recognise his success in guiding the Lufthansa Group to a dominant position in its key home markets of Germany, Switzerland and Austria. Spohr and his team have achieved this in a tough market environment that saw rival Air Berlin collapse and a raft of competitive moves from other operators. Thanks to a long-term focus in Spohr’s planning, the group faces future challenges from a position of strength.

“Lufthansa finds itself in a tough and evolving operating environment. And for Carsten Spohr, Air Berlin’s failure represented a challenge and an opportunity. He has grasped that opportunity, put together a long-term plan for Lufthansa to fight the environment in which it exists, and achieved remarkable success,” said Max Kingsley-Jones, executive director content at FlightGlobal and host of The Airline Strategy Awards.

Franke received the prestigious Airline Business Award to recognise two decades during which he has left an indelible mark on the industry by spearheading the development of ultra-low cost carriers.Since 2002, Indigo Partners has been associated with several airlines, and its successes under Franke’s guidance have included the overhaul of regional US carriers such as Spirit Airlines – the Phoenix-based firm’s first acquisition – and Frontier Airlines. The current portfolio includes stakes in Frontier, Wizz Air, Volaris and new South American low-cost carrier JetSmart.

“Bill Franke is without doubt an aviation entrepreneur who has left an indelible mark on the industry over the past two decades. And he’s showing no sign in slowing down as he examines potential investments and continues to shape the airline industry,” said Kingsley-Jones. 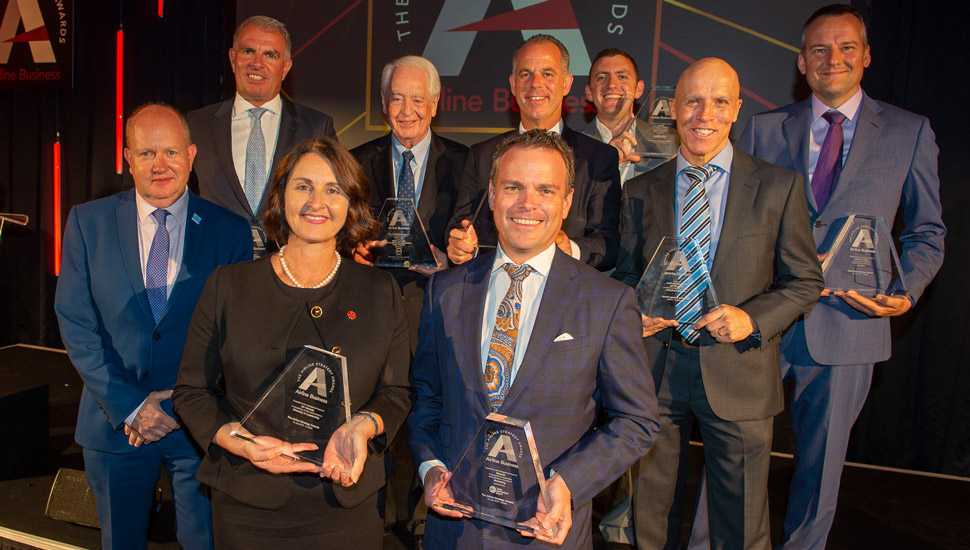 The Airline Strategy Awards event is organised by Airline Business magazine in partnership with the civil aviation practice of Korn Ferry, the largest human-capital solutions provider in the world. Winners are selected by an independent panel of industry experts. Airline Business also presents its own award, recognising an individual making a lasting strategic contribution to the industry.

For the first time this year, the Diversity in Leadership award was presented, with the winner selected by the Airline Business and Korn Ferry teams.