G600 certification slips on back of US government shutdown

Gulfstream has pushed back certification and service entry of the G600, blaming the 35-day partial shutdown of the US government for the delay.

Validation of the superlarge-cabin, long-range business jet had originally been scheduled for early 2019, but during a fourth-quarter earnings call on 30 January, Phebe Novakovic, chief executive of Gulfstream parent General Dynamics, said the exact timing is now "hard to predict", given the impact of the shutdown on the Federal Aviation Administration (FAA).

However, she is confident of securing approval for the 5,500nm (10,200km)-range aircraft before the end of June.

By 3 February, the five aircraft in the G600 flight-test programme had accumulated nearly 2,900h across 760 sorties. Gulfstream says some trials related to flight into known icing, function and reliability are still outstanding.

"Once those flights are complete, there is some paperwork that needs to be submitted and reviewed by the FAA before certification can be awarded," it explains.

Gulfstream is also ramping up production of the nacelle system for the Pratt & Whitney Canada PW800 engine that powers the G600 and its smaller sibling, the G500, which entered service in October.

It acquired the nacelle line in September from its former supplier Nordam, after mounting debts forced the Oklahoma-based aerostructures company to suspend output and file for Chapter 11 bankruptcy protection.

Novakovic says restarting the dormant supply chain has impacted the delivery schedule for the two models, "but we expect these issues to be behind us by mid-year". Gulfstream will "accelerate G500 output as the year progresses, and support G600 deliveries in the second half", she says.

Shipments of nine G500s between October and December helped to boost fourth-quarter business jet output by over 40%, to 42 aircraft: 32 large-cabin and 10 midsize examples. This contributed to a 36% rise in revenues for the aerospace division, which includes business aviation services provider Jet Aviation, during the period, to $2.7 billion.

Ramp-up costs associated with G500 and G600 production, coupled with a fall in demand for VIP completions at Jet Aviation's facility in Basel, Switzerland, contributed to an $87 million fall in operating earnings for 2018, to $1.49 billion, although Novakovic says this "is very close to the forecast we gave you this time last year". 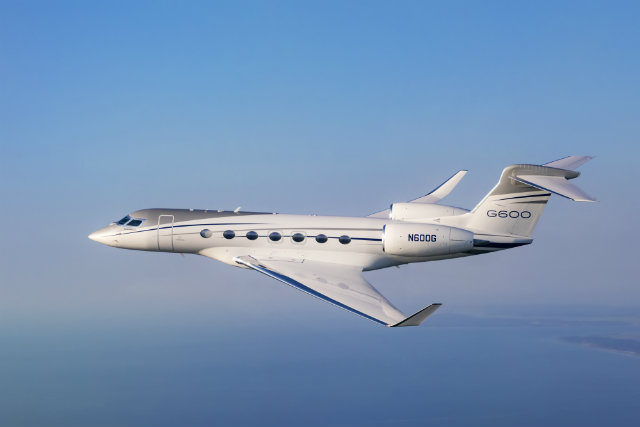 With transition to the new models almost complete, the company is predicting a modest earnings increase in 2019 and 2020, and "significant" growth thereafter, Novakovic adds.

Gulfstream secured a $1 billion contract in the fourth quarter from an existing undisclosed customer for a mix of business jets. The deal is described by General Dynamics chief financial officer Jason Aitken as "a multi-aircraft, multi-year arrangement that spans out over several years".

The order is expected to be approved by the company's board before the end of March, he adds. "Then we can add the aircraft to the firm backlog."

General Dynamics is forecasting output of 145 business jets in 2019, with revenues for the aerospace division expected to reach $9.7 billion by the end of the year.

Novakovic says the bulk of sales activity is coming from North America and Western Europe with the regions creating "very, very nice demand". Emerging markets are "more cautious” she adds, and "tend to be focused on the G650/ER and on new products".