CFM International has delivered the first Leap-1C engine to Comac for its in-development C919 narrowbody programme.

The engine, sent to the Chinese manufacturer’s final assembly centre near Shanghai Pudong International airport, will be installed on the first C919 flight test aircraft. This pushes the first aircraft toward a roll-out by the end of the year, and a first flight in 2016.

Comac tells Flightglobal the second engine will be delivered within two weeks, with installation onto the prototype scheduled to take place shortly after. 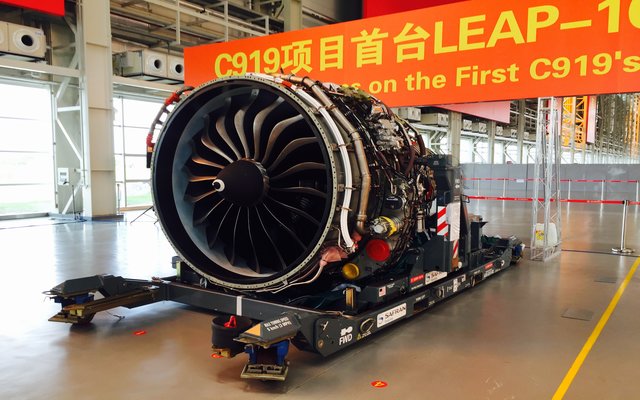 The first Leap-1C engine completed a flight test programme in late-2014 on a modified 747 flying testbed at GE’s facilities in Victorville, California. The test programme includes a comprehensive test schedule that looked at various functions including engine operability, stall margin and performance, and also validated advanced technologies incorporated in the engine, says CFM.

The engine maker adds that there are currently more than 30 Leap engines on test or in final assembly, and that the programme has logged more than 4,730 certification ground and flight test hours totalling 7,900 cycles.

The Leap engine is the sole western powerplant for the C919, although AVIC Commercial Aircraft Engines is developing a competing Chinese engine to power the aircraft

Final assembly of the C919 airframe has largely been completed, with installation of airborne systems to soon begin.

Comac has so far received commitments for 507 C919s, mostly from Chinese airlines and leasing companies.