China’s second aircraft carrier has docked at Yulin Naval base at the southern tip of Hainan Island, amid media speculation that it will soon be commissioned into Peoples’ Liberation Army Navy (PLAN) service.

China’s second aircraft carrier has docked at Yulin Naval base at the southern tip of Hainan Island, amid media speculation that it will soon be commissioned into Peoples’ Liberation Army Navy (PLAN) service.

Satellite images provided by Maxar Technologies show the Type-001A carrier at pier side. Seven Shenyang J-15 fighters are visible on the deck, as are four helicopters. The rotorcraft comprise what appears to be a trio of Changhe Z-18s and a single Harbin Z-9.

The carrier recently sailed from the Dalian shipyard to Hainan Island via the Taiwan Strait. 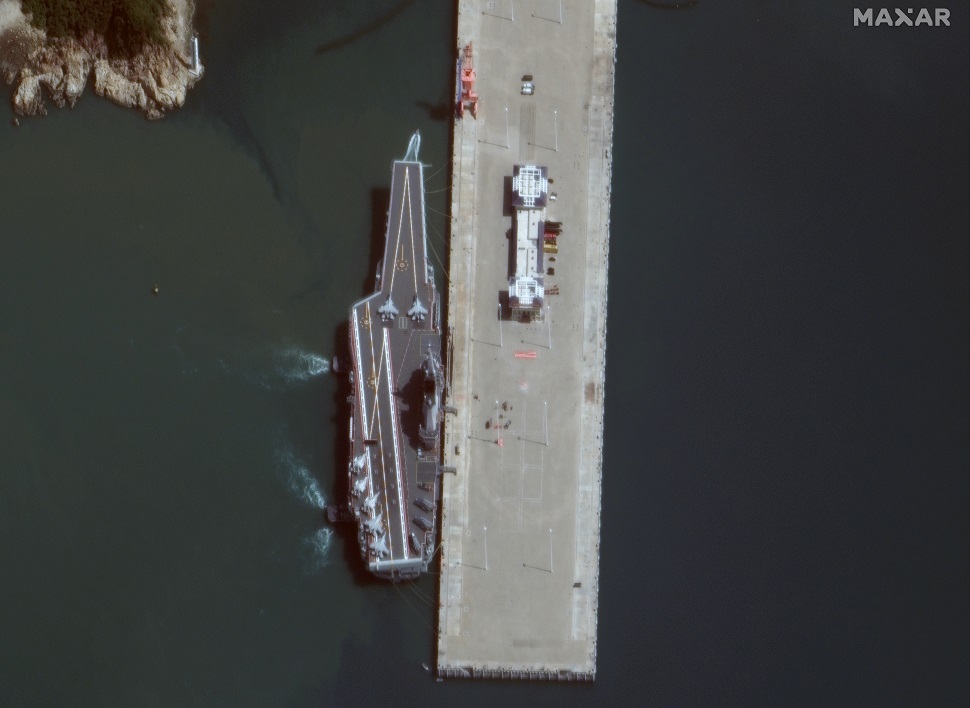 When commissioned (and named) the Type-001A will become China’s second operational carrier after Liaoning, which was developed from the hulk of the Varyag, a Kuznetsov-class carrier that the Soviet Union never completed owing to the end of the Cold War.

The Type-001A represents a major milestone for Beijing as it is the country’s first locally designed and built aircraft carrier. Though it resembles Liaoning, with the same conventional powerplant, reports suggest it can carry 44 aircraft, compared with 36 for Liaoning.

The vessel also has updated radars and a modernised bridge.

Both Liaoning and Type-001A use a ski-jump to launch fixed-wing aircraft. This limits payload and precludes operations of support aircraft for missions such as airborne early warning & control (AEW&C) and antisubmarine warfare. 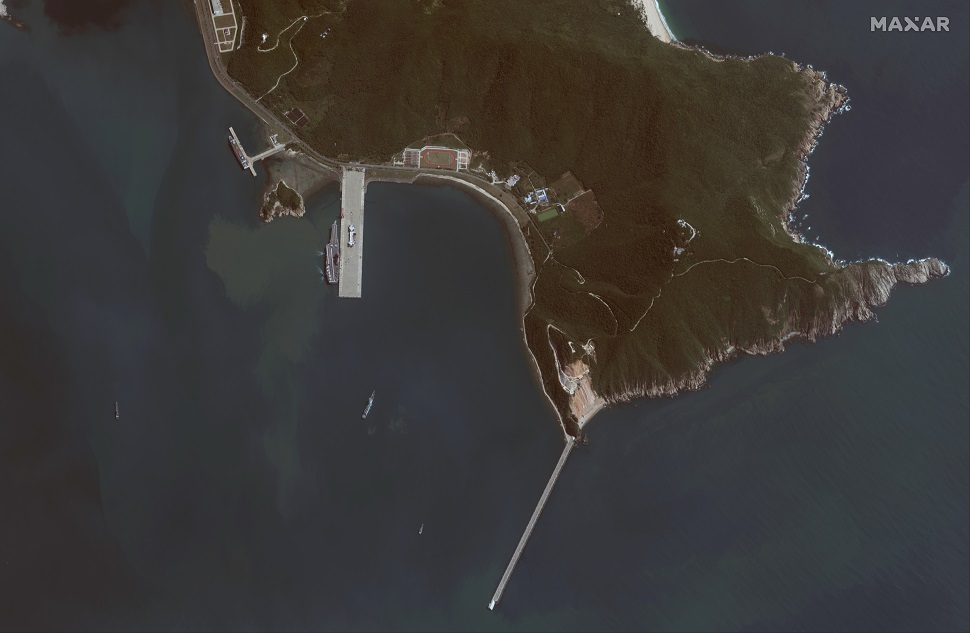 Yulin Naval Base is at the Southern tip of Hainan Island

China’s third carrier, the Type-002, will be equipped with electromagnetic aircraft launch and recovery systems (EMALS), allowing it to operate a similar mix of fixed wing aircraft as found on US Navy aircraft carriers.

In May, an artist’s impression on social media offered more details about the Xian KJ-600, an AEW&C type resembling the Northrop Grumman E-2 Hawkeye AEW&C aircraft.

The impressions suggest that the twin-turboprop KJ-600 will also have a carrier on-board delivery (COD) variant similar to the C-2 Greyhound, and an anti-submarine warfare variant.