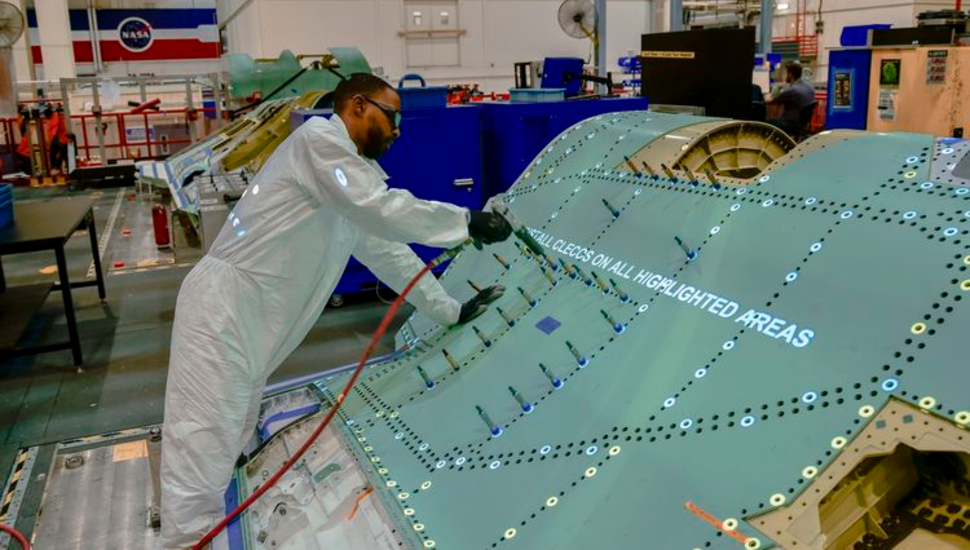 Northrop Grumman began full-rate production of the Lockheed Martin F-35’s centre fuselage in June 2018, though the aircraft and its subsystems touch all parts of the company’s work.

“I believe [it’s] our largest programme, in the range of 9% to 10% of sales,” says Ken Bedingfield, corporate vice-president and chief financial officer. “We do see F-35 growth that [affects] all four of the sectors.”

The company also received in March from the US Navy a sole-source $323 million engineering, manufacturing and development (EMD) contract for its Advanced Anti-Radiation Guided Missile-Extended Range (AARGM-ER), an air-launched weapon designed to seek and destroy ground targets.

“AARGM-ER will initially be fielded on F/A-18 Super Hornets and Growlers. It will also be the first supersonic long-range missile to be integrated on to the F-35. And it is expected to be the strike weapon of choice for both the Navy and the Air Force,” says Kathy Warden, chief executive officer of Northrop Grumman. “The President's FY2020 budget includes a request for the Air force variants of AARGM-ER and is called Stand-in Attack Weapon.”

Such a long-range weapon would likely be used to fire upon Russian or Chinese military targets that are protected by advanced anti-aircraft weapons. Likely targets would include theater ballistic missile launchers, land attack and anti-ship cruise missile launchers, GPS jammers, anti-satellite systems, and integrated air defense systems, according to the USAF’s FY2020 budget proposal.

Northrop Grumman believes the AARGM-ER will be prized by the Pentagon.

“We expect follow-on production after EMD [work] will be in the multi-billion dollar range,” says Warden.