Japan yet to decide on P-1 fleet size

Japan has yet to reach a firm decision on the future size of its Kawasaki Heavy Industries P-1 maritime patrol aircraft fleet, or determine whether the surveillance asset could be exported to international buyers.

Developed as an indigenous replacement for the Japan Maritime Self-Defence Force's Lockheed Martin P-3C Orions, the four-engined type was first flown in 2007, and entered operational use in 2016.

"As a maritime patrol aircraft, it outperforms the P-3C in all areas," says Capt Ryota Ishida, P-1 programme manager for Japan's defence ministry. "In the future, more of these airplanes will be flying in the skies around the world." 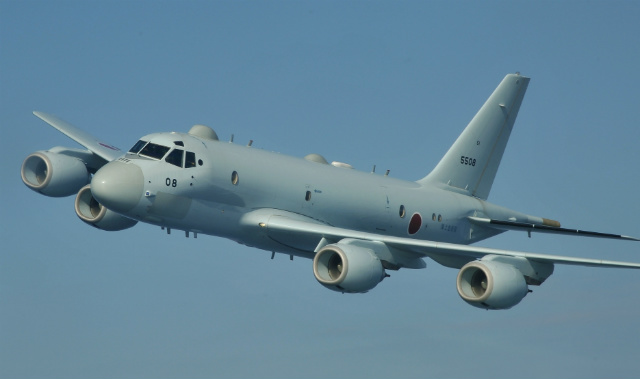 Japan's navy has so far taken delivery of 15 P-1s, and Kawasaki has no further examples currently on contract. Tokyo has yet to define its long-term spending plans, but Flight Fleets Analyzer shows it as having previously indicated an intent to acquire up to a further 58, to fully replace its aged P-3C inventory. Ishida notes that the service is considering some updates for its future examples, but that it has "no specific plans at the moment".

Tokyo sent two P-1s to Germany in late April for a debut appearance at the ILA Berlin air show, with one participating in the flying display and the other parked in the static area. The deployment marked the latest in a string of European visits by the type, also including attending the UK's Royal International Air Tattoo in 2015 and last year's Paris air show. However, defence ministry officials stress that these visits have not been linked to sales campaigns.

"We have brought the aircraft here to promote Japan's very high level of technology to the world," Ishida says. "We have never made any sort of calculation on what it would cost for foreign customers," he adds, noting that the defence ministry currently has no intention of pursuing exports.

"The current objective is to deliver the P-1 and make it a strategic capability for Japan," the defence ministry's Acquisition, Technology & Logistics Agency says.

Declining to provide further details, Ishida says that the P-1s could participate in joint training with other operators as part of their latest deployment, which required stops in several nations.