​KAI yet to receive confirmation of Argentine FA-50 win

Korea Aerospace Industries (KAI) has yet to receive word that its FA-50 has been selected in an Argentinian requirement for light fighters.

A person familiar with the requirement says that no confirmation has been received, and that the deal, if concluded, would cover eight aircraft.

Recent media reports suggest that the FA-50 has been selected, but the number given for the requirement is 10 aircraft. 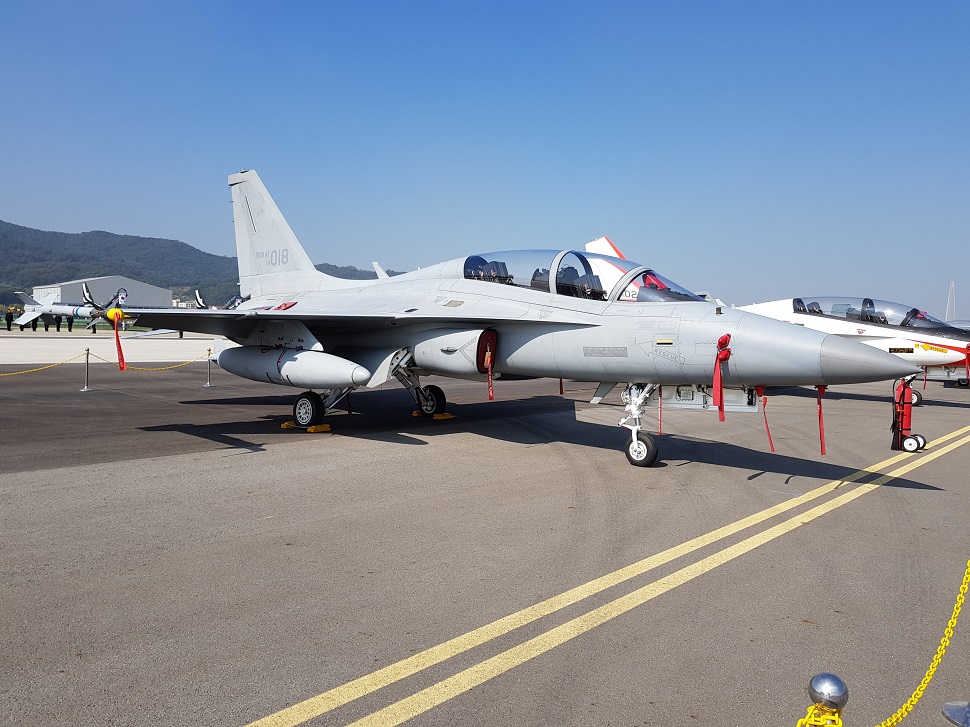 It is understood that the Leonardo M-346FA is also in contention for the deal to replace the air force’s legacy fleet of McDonnell Douglas A-4AR Fightinghawks.

Should the FA-50 win the deal, it would mark the type’s first sale in the Western Hemisphere. Though the T-50, upon which the FA-50 is based, lost the pivotal T-X requirement to replace the Northrop T-38 with the US Air Force, it has enjoyed notable export success and overseas customers include Indonesia, Iraq, the Philippines, and Thailand. The Republic of Korea Air Force also has 145 examples.

Of the 200 T-50 and variants in service globally, 122 are used as advanced jet trainers, 72 as ground attack jets, and six for experimental and research work.

All T-50 family members are powered by the General Electric F404 engine. KAI’s website indicates that FA-50 can carry a range of precision guided munitions.

The A-4AR programme of the 1990s saw Lockheed Martin and its Argentinian unit upgrade former US Marine Corps A-4Ms with a new cockpit, flight control, navigation and weapon systems and the ARG-1 radar – a derivative of the Northrop Grumman APG-66.