BrahMos Aerospace may conduct a second air-launch test of its supersonic cruise missile to further demonstrate the weapon’s ability to fly to a number of waypoints before reaching its final destination.

The tests would come at the earliest in November, after monsoon season in India ends, allowing better visibility to track the missile launch, Praveen Pathak, BrahMos chief general manager of market promotion and export, says at the MAKS air show in Moscow. The BrahMos cruise missile has already met India’s requirements, but the company wants to further prove its capabilities.

“We might do one more test against a sea target, just to double check the reliability aspects,” says Pathak. “Otherwise, all our tests are over and the missile is already going into induction phase.” 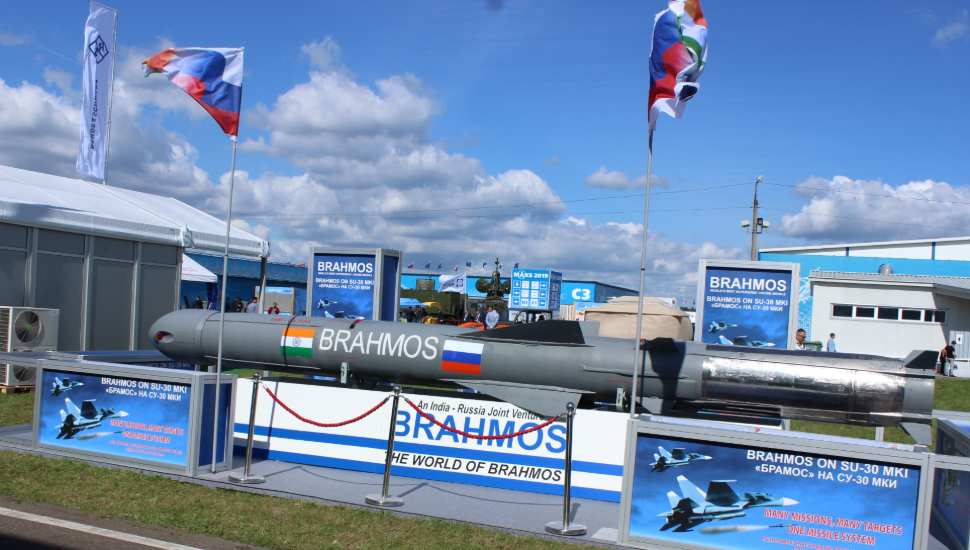 In addition to being launched from land or a submarine, the BrahMos can be air-launched from the Sukhoi S-30 fighter, reaching speeds of Mach 2.8.

Thus far, two Indian Su-30MKI fighters have been integrated with the missile, says Pathak. India’s programme of record calls for 40 of its S-30MKI fleet to receive the capability to launch the 2.5t and 8.5m-long (28ft) scramjet-powered cruise missile. Pathak declines to say when India will start integrating the rest of its fleet.

BrahMos has no plans to integrate its namesake missile on other aircraft, believing that its miniaturised version, the BrahMos-NG (Next Generation), would better serve a wider range of aircraft. That smaller missile also is designed to fly at a higher speed of M3.5.

The company declines to say what nations might purchase the BrahMos, noting that those countries must be approved by the government of India and Russia. BrahMos Aerospace is a joint venture between NPO Mashinostroyeniya and India's Defence Research and Development Organisation. The weapon is based on NPO Mashinostroyeniya’s P-800 Oniks cruise missile.

In addition to another air-launch test, BrahMos may demonstrate its cruise missile diving on a target at a 90° angle. The company has already demonstrated an attack angle of about 75°, says Pathak.