The UK Royal Air Force is advancing with preparations to mark the departure from service of its last Panavia Tornado GR4 strike aircraft next March.

In early November, a specially painted example of the variable-geometry type emerged at RAF Marham in Norfolk. Aircraft ZG775 has gained a commemorative 9 Sqn tail livery and fuselage markings to denote the Tornado's service life, which began in 1982 in the GR1 guise. 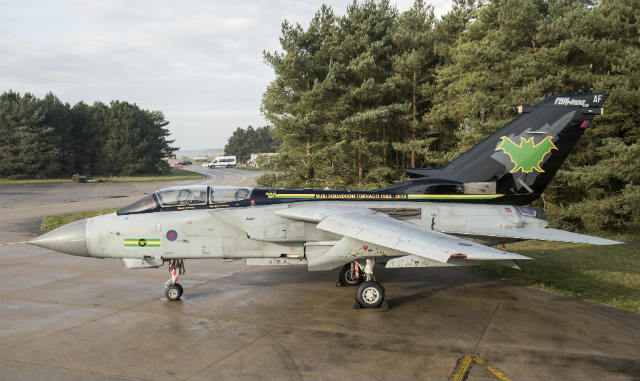 A detachment of GR4s is currently supporting the UK's Operation Shader contribution to coalition tasks over Iraq and Syria, flown from RAF Akrotiri in Cyprus. On retirement, the type's duties will be assumed by Eurofighter Typhoons and subsequently also Lockheed Martin F-35B Lightnings.

The RAF retired the last of its Tornado F3 air-defence fighters in March 2011.