The UK Royal Air Force is within days of completing its last combat deployment involving the Panavia Tornado GR4, as preparations gather pace for the ground-attack stalwart's formal retirement by 31 March.

Eight of the service's remaining 22 Tornados are currently supporting coalition operations over Iraq and Syria, having been deployed to RAF Akrotiri in Cyprus from their home base at Marham in Norfolk. The strike aircraft are crewed by a mix of personnel from its 9 and 31 squadrons, both of which are scheduled to be formally disbanded in mid-March.

The RAF hosted a media and enthusiast day at Marham on 25 January, displaying a trio of specially painted aircraft: one in a camouflage livery used by the service's original Tornado GR1s, and single examples with unique tail markings for its last two units to fly the type. 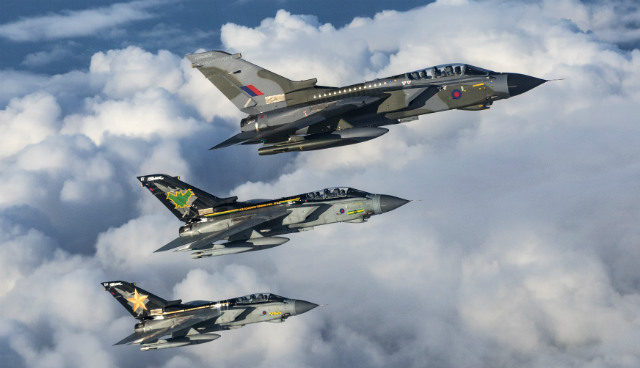 Final UK operations involving the Tornado are being conducted as the RAF fully transitions the type's ground-attack duties to its Eurofighter Typhoon force. Prepared via an upgrade activity dubbed Project Centurion, this will enable the single-seat type to employ MBDA's Brimstone air-to-surface missile and Storm Shadow cruise missile in combat for the first time.

Following the return of all its forward-deployed examples for the first time since 1991, the Tornado force will continue flying at a reduced rate in the UK, and be held at readiness to support operations if required, before conducting a nine-ship formation flight. Planned for 28 February, this is expected to include flypasts at multiple sites associated with the type through its history. 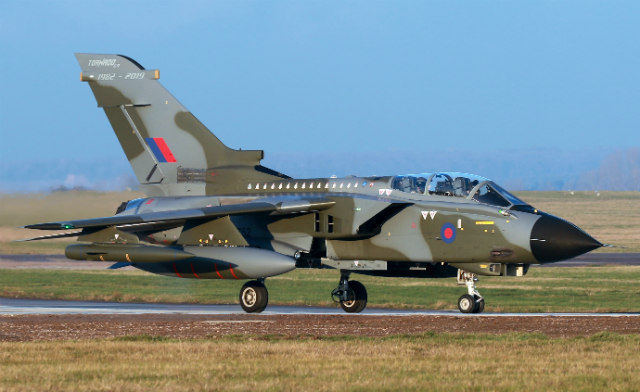 RAF operations with the Tornado GR1 commenced in 1982, with the fleet later modernised to the GR4 standard. The service also operated the variable-geometry platform in an air-defence role, prior to retiring the last of its F3-standard fighters in March 2011.

Following the GR4's departure from use, 9 Sqn will be reformed as a Typhoon unit, while 31 Sqn will operate the RAF's General Atomics Aeronautical Systems Protector RG1s, which are due to achieve initial operational capability status in 2023.

Flight Fleets Analyzer shows that Germany, Italy and Saudi Arabia have a combined total of 266 Tornados still in frontline use.