Airbus has shown off the second high-capacity BelugaXL transport after the aircraft emerged from painting at Toulouse.

Airbus had previously indicated that MSN1853 would be the first to enter service, ahead of the test aircraft.

The airframer has already demonstrated that the aircraft is able to fly a set of A350 wings, from Bremen to Toulouse, the primary task for which the twinjet has been developed. 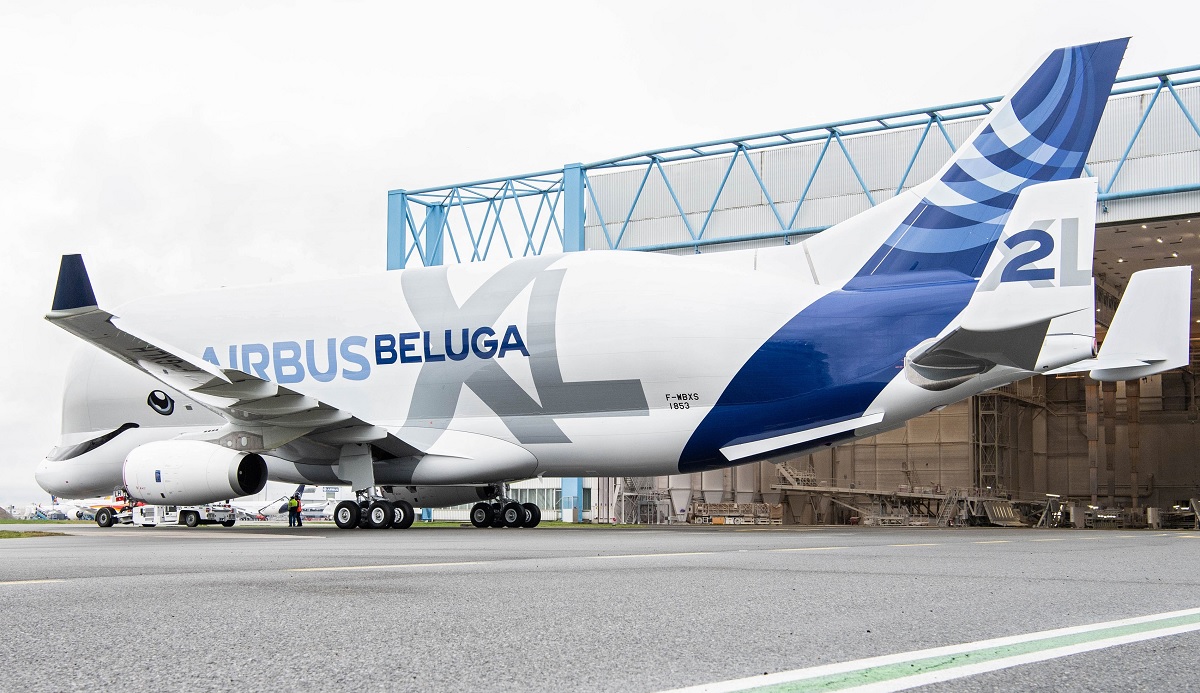 Formally known as the A330-700L, the BelugaXL is powered by Rolls-Royce Trent 700 engines and is a successor to the A300-600ST Beluga transport.

This older aircraft was unable to handle more than one A350 wing at a time, and Airbus developed the larger A330-based version in order to cope with A350 production ramp-up.

Airbus has been gradually adapting the operation of its Beluga fleet, ahead of the BelugaXL’s entry into service.

It states that loadmasters have taken over tasks previously performed by flight engineers, adding that this role is being “phased out”.

Loadmasters communicate with the Beluga crews – from the logistics arm Airbus Transport International – and perform flight clearance for the cargo. The loadmaster is also responsible for opening the main freight door, unloading and handover of the aircraft sections.