The proposed "concourse 0" and "terminal 9" would add 21 domestic and international gates east of terminals 1 and 8, respectively, under the conceptual plans in the LAX Airfield & Terminal Modernisation initial study that is due out today. The projects would replace existing remote bus gates on the west side of the airfield.

The facilities would "upgrade passenger processing capabilities and enhance the customer experience" in time for the Summer Olympics that Los Angeles will host in 2028, a spokesman for LAX operator Los Angeles World Airports (LAWA) says. 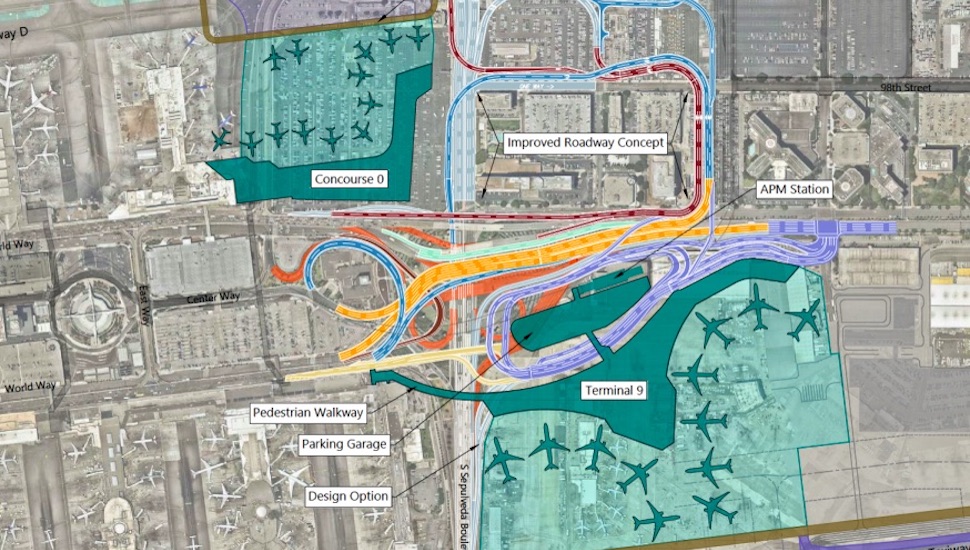 LAX is the second busiest airport in the USA, seeing a 3.5% increase in passengers to 87.5 million in 2018, airport data shows. Only Atlanta, with 107.4 million passengers, was busier last year.

Passenger traffic continues to grow. LAX saw departing traveller numbers increase on average 6% annually from 2013 to 2018, as a result the operator has committed to $11.9 billion in upgrades through 2024. These include a new remote concourse, as well as a number of airline-led terminal upgrades.

“Modernisation of airports is going on around the country, particularly in airports as important as LAX,” American chief executive Doug Parker said at the ground breaking of American's $1.6 billion upgrade to terminals 4 and 5 in October 2018. “We know the way to deliver the customer service we want to deliver in the future is to modernize the airport.”

Concourse 0 would be built on what is an existing parking lot east of terminal 1. The roughly 69,213m2 (745,000ft2) facility would include 11 new gates, resulting in a net increase of nine gates after a reconfiguration of the terminal.

“The renderings bring a tangible visualisation of the promise of more access at LAX for Southwest and our customers," says a spokesman for Southwest Airlines, which is the main tenant in terminal 1, citing the current terminal 1.5 project. "[We] now look for new ways to thoughtfully and responsibly add service to answer demand.” 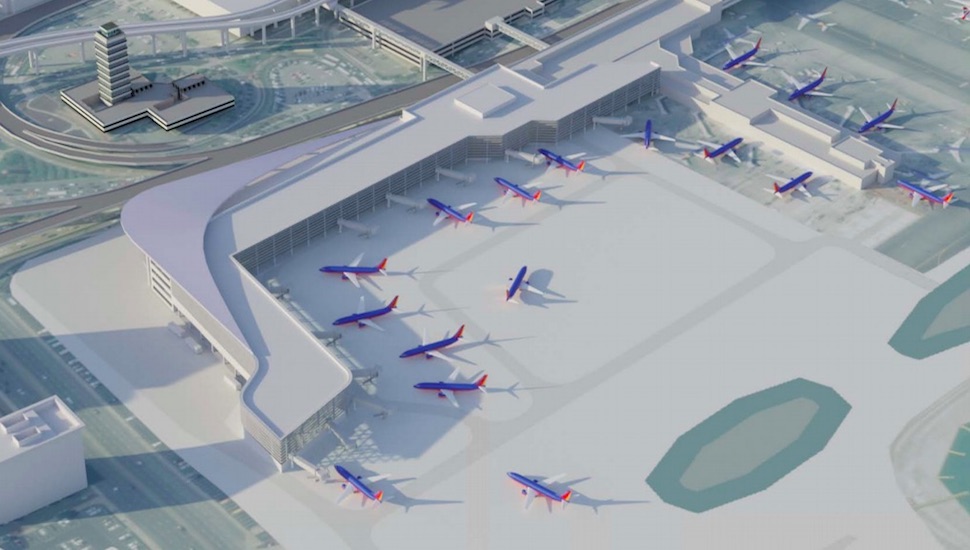 The 12-gate Terminal 9 would rise east of Sepulveda Boulevard on land occupied by hangars and a regional concourse used by American. The 109,440m2 terminal would be connected by a bridge over the road to terminal 8, and include a new station on the airport's under construction automated people mover system. 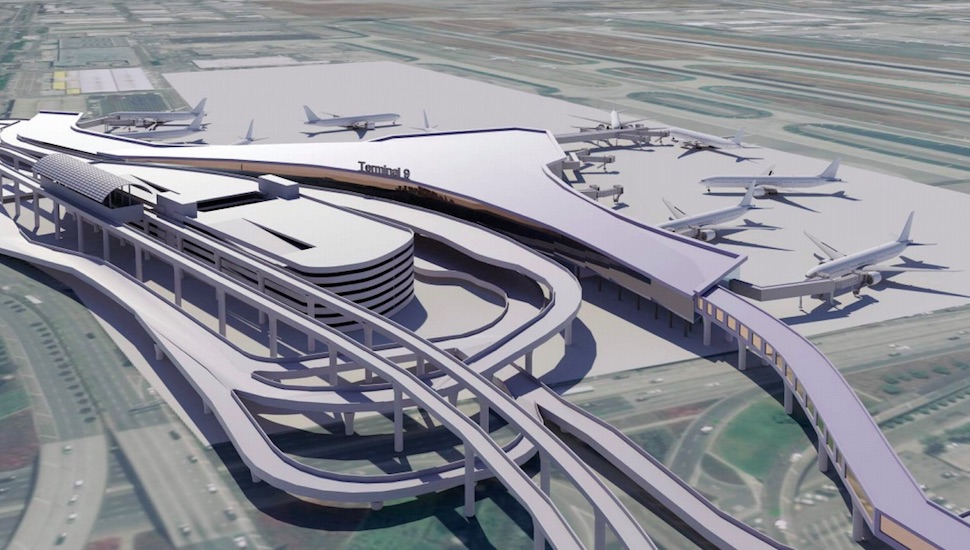 An American spokesman says the airline is working with LAWA on plans to relocate its regional facility that would be demolished to make room for terminal 9.

The report does not mention possible tenants for either facility. However, Southwest is a likely tenant for the concourse due to their location in terminal 1, and United Airlines executives have previously expressed interest in making terminal 9 a Star Alliance facility.

Updated with comments from LAWA and Southwest.