EasyJet latest to scale back capacity amid travel restrictions

EasyJet has become the latest European carrier to cut capacity plans in the light of demand being negatively hit by increased travel restrictions.

Ryanair and Wizz Air have already said they will be operating less capacity than originally planned as a result of lower demand caused by travel restrictions. Ryanair has cut capacity plans for September and October by 20%, while Wizz now expects to operate 60% rather than 80% of its capacity in the fourth quarter. 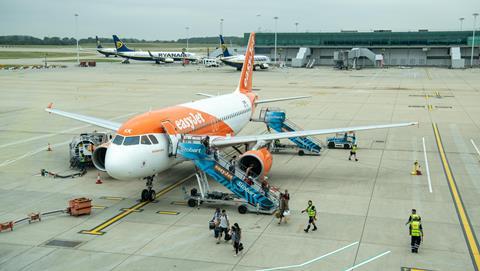 EasyJet, which has been more cautious than its low-cost rivals in the levels of capacity it has added back, in a trading update issued today now says it scaled back its capacity for the June-September period - the last quarter of its financial year.

“Following the imposition of additional quarantine restrictions to seven Greek Islands and the continued uncertainty this brings for customers, demand is now likely to be further impacted and therefore lower than previously anticipated,” says EasyJet chief executive Johan Lundgren.

”We now expect to fly slightly less than 40% of our planned schedule over the current quarter. We will continue to take a prudent and conservative approach to capacity, as we have done during this period.

The carrier, citing “the many changes to government restrictions since our Q3 update, the lack of visibility and the continued level of uncertainty”, is not issuing any financial guidance for its current financial year - nor for 2020-21.

“It is difficult to overstate the impact that the pandemic and associated government policies has had on the whole industry,” Lundgren adds.. ”We again call on the Government to provide sector specific support for aviation which needs to take the form of a broad package of measures including the removal of APD for at least 12 months, the alleviation of ATC charges along with continuation of the slot rule waiver.”