The thrust of the studies into a GE Aviation GEnx-powered “767-X” derivative are for the cargo market. New-production 767Fs continue to sell well, so if Boeing is to remain the leader in this market, it needs to either refresh the design or develop a cargo derivative of the 787. But there may be questions about how viable an all-cargo version of the composite Dreamliner would be, both from a design and cost/price perspective. 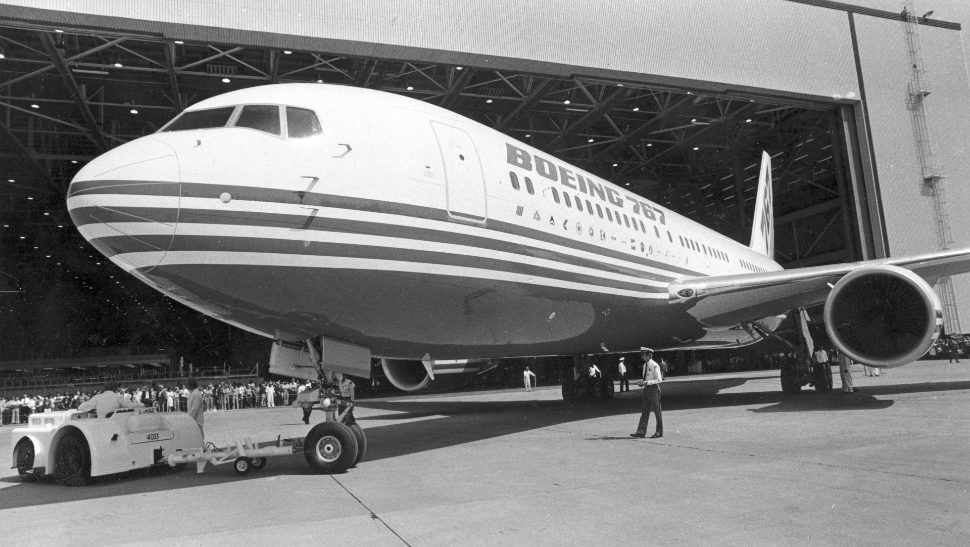 Back to the future?

Significantly, the airframer is also evaluating whether the 767-X could succeed in the passenger market. An impulse reaction might be that the concept of creating a competitive product from a 1970s design – albeit at a fraction of the cost of an all-new aircraft – would be a challenge. How could a 767-X be seriously considered as a viable substitute for Seattle’s long talked-about New Mid-market Airplane (NMA)?

But a more detailed evaluation suggests the idea might not be so crazy. Realistically, the NMA will be a $15-20 billion project built for an already congested market sector where sufficient orders to ensure commercial success are not a foregone conclusion. And a key component for the NMA to deliver the necessary step in performance is outside Boeing’s direct control – its powerplant.

The market into which the NMA – or indeed the 767-X – would be pitched is already populated by rebooted versions of relatively old Airbus designs. The original A320-100 arrived in 1988, while the A330/A340 family debuted in 1992-1993, so the competitive landscape is actually more last century than this one.

Another important aspect is the potential long-term impact that the 737 Max saga will have on Boeing product development. Does Boeing – and for that matter an engine manufacturer – really want to commit huge financial and engineering resources to deliver NMA, when a requirement for a “Future Single Aisle” (FSA) could suddenly become urgent?

What hangs over all this is how a re-engined 767 would sit alongside the aircraft built to replace it – the 787. The reality is that Boeing must respond to the demand Airbus is tapping with the A321XLR, and it does not seem to have much in its armoury.

Perhaps the aircraft with which Seattle first took on Airbus in the widebody twinjet battle will again be Boeing’s saviour?