LOT Polish Airlines has taken delivery of its first Boeing 787 (MSN 35938), becoming the first European carrier to receive the type.

"This is a historic moment for LOT," says the airline's chief executive, Marcin Pirog. "I am convinced that the addition of the Dreamliner to the fleet of one of the world's oldest airlines is a crucial moment that will launch a new era of European aviation."

The Polish flag carrier has ordered eight 787-8s, with five additional units due to arrive next year followed by the remaining two in 2014, according to Flightglobal's Ascend Online database.

It has also signed a letter of intent for six 787-9s, with two units of the larger variant on option.

LOT has said it will initially deploy the new aircraft on short-haul European routes in order to enable its pilots to gain familiarity with the twinjet. The aircraft will then be deployed on its new Chicago service from 16 January 2013. 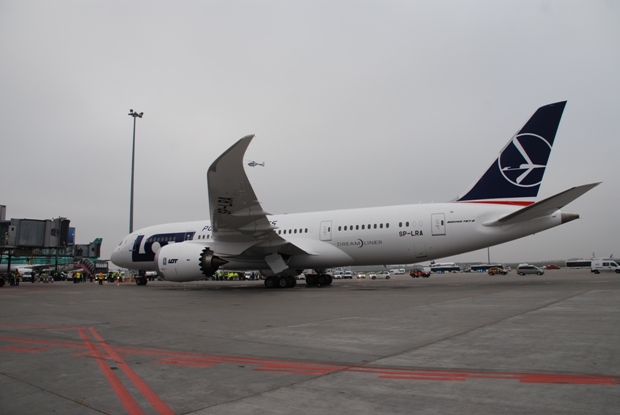 The airline's existing 767-300s will gradually be retired as its Dreamliners come on stream.

Monarch Aircraft Engineering (MAEL) sent a delegation on the first 787's ferry flight to Warsaw, with the UK-based aircraft maintenance provider just having received approval from the European Aviation Safety Agency (EASA) to service the fleet.

MAEL will provide maintenance support services as well as on-board engineering support once the aircraft is stationed in Poland.