Airbus is confident the tide is about to turn for A350-1000 sales after a period of order stagnation for its largest twinjet.

In 2017, the orderbook for the stretched A350 derivative declined by 20% from 211 firm orders to 169, as customers Cathay Pacific and United Airlines switched to the -900 variant. Meanwhile it took order for only a single -1000 last year, from an undisclosed customer.

But Airbus commercial aircraft’s sales, marketing and contracts chief, Eric Schulz, thinks that with the new variant poised to debut with Qatar Airways, things are about to change.

“I am absolutely convinced that the A350-1000 will be a great success,” he says. “The market is likely moving towards decision points from massive airline campaigns and the time is starting to come for the A350-1000.” 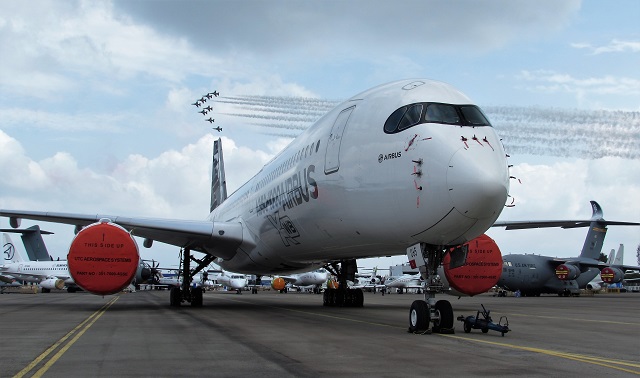 The A350-1000 is making its Singapore air-show debut as part of its Asia-Pacific sales tour (above).