Portuguese investigators have found that a Boeing 737 was granted take-off clearance on an occupied runway by a controller who had worked alone and uninterrupted, in a unified approach and tower position, for 4h before the incident.

The ASL Airlines Belgium 737-400 was departing Porto on 27 April 2021, its crew unaware of a runway inspection vehicle which had started its work on runway 35 some 12min earlier.

Only after the driver of the vehicle – which had started heading south from the northern end of 35 – noticed a bright light, and contacted the tower, was he told that the aircraft was approaching and to vacate the runway. 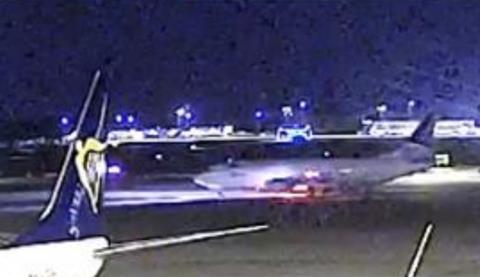 There had been no other contact between the controller and the vehicle driver since the controller’s authorisation of the inspection, says Portuguese investigation authority GPIAAF.

It adds that the two were in contact over a terrestrial radio system, and the driver was not listening – and was not required to listen – to the aeronautical frequency.

The driver took evasive action after seeing the aircraft’s lights, vacating the paved surface of the runway.

GPIAAF says the vehicle was only seen by the 737’s crew at lift-off, when the pilots saw headlights near the left-hand edge of the runway. It estimates the aircraft became airborne 300m from the vehicle, and was separated by 150m vertically as it passed its position.

Investigators found the controller had been working in a “tedious and low-activity environment” for an extended time, and the presence of the vehicle on the runway had “completely slipped his mind”.

“Regular and frequent contact between the [vehicle] and the tower would probably have minimised the possibility of the controller to forget the occupied status of the runway,” the inquiry adds.

The driver had not received formal training in operating the radio scanners in the vehicle, it says, and the radios installed were “notoriously unreliable” and “no user-friendly”. 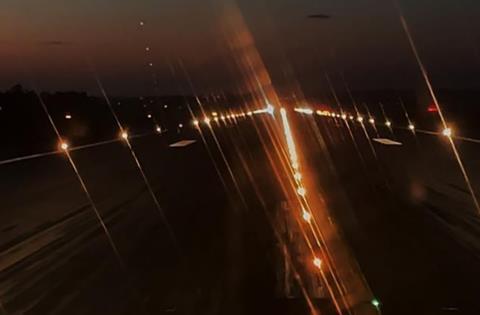 GPIAAF states that the vehicle was equipped with lights, but these would have blended into the runway lights at a distance from the 737, making its detection difficult for the aircraft’s crew.

While Porto tower was equipped with a runway incursion alert system, it had been inhibited at an unknown point in time, apparently for producing several false alarms.

“This inhibition did not allow the system to generate the alert for the simultaneous presence of two targets in the critical area,” the inquiry says. Neither of the occupants of the aircraft (OE-IAJ) or the driver was injured.