Lufthansa A350 and 787 order driven by Frankfurt constraints

Flight operations from Frankfurt are limited due to noise restrictions to appease neighbouring residents and costs are high compared to other European hubs, says Spohr on Frankfurt.

"Frankfurt, we believe, has reached its limit of growth," he says, also citing customer satisfaction behind the decision to shift growth away from Frankfurt.

The A350-900s and 787-9s, which Lufthansa ordered earlier in March, will begin delivering in 2022 and support growth from the group's hubs in Munich, Zurich and Vienna. Lufthansa will operate the Munich services, Swiss Zurich flights and Austrian Airlines Vienna service, he says. 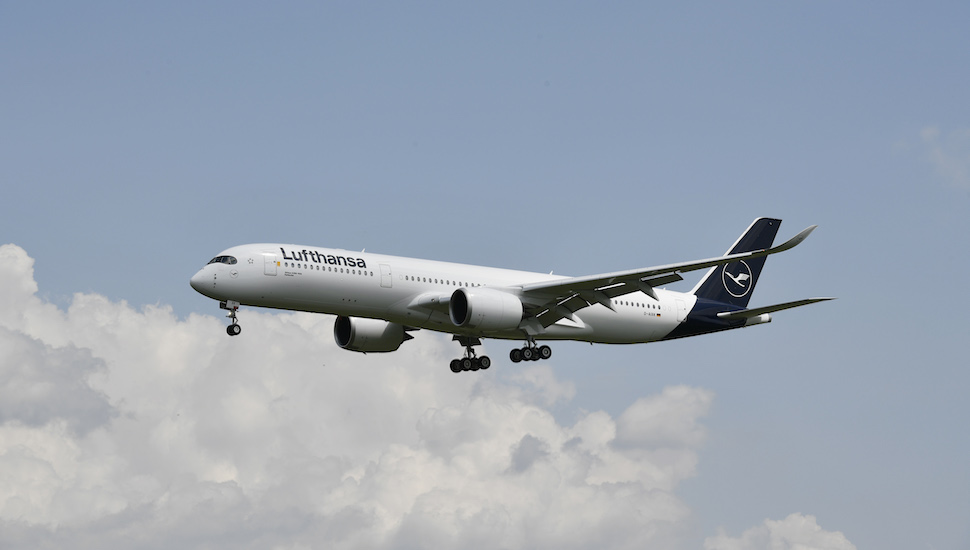 Lufthansa already operates 13 A350-900s with firm commitments for a further 32, including the 20 ordered this month, Cirium's Fleets Analyzer shows.

The move towards smaller widebodies comes at the expense of Lufthansa's Airbus A380 fleet. The carrier will sell six of its 14 A380s back to the airframer as part of the A350 order, with plans for an eight-aircraft strong fleet from 2023.

"When we ordered the A380 and took delivery of it, it was the most efficient aircraft in the world," says Spohr. "Now, with the new aircraft coming into service – the A350, 787 and especially the [Boeing] 777-9X – there is just more efficient aircraft in economic terms, and also in environmental terms."

Lufthansa plans to operate its remaining A380s from Frankfurt - where it transits a high volume of passengers - for the foreseeable future, he adds. 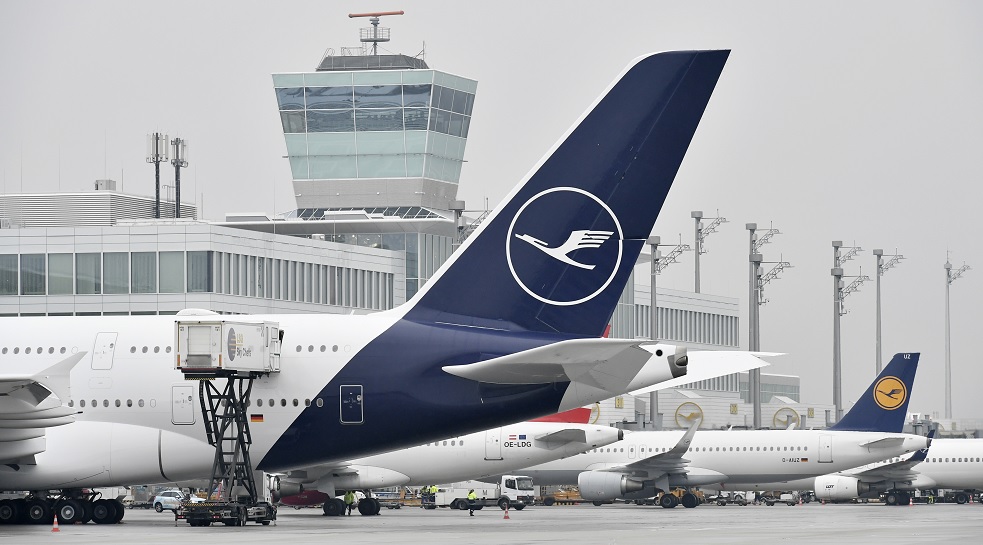 The tail of a Lufthansa A380 at Munich airport

Airbus will end production of the double-decker super jumbo in 2021, with outgoing chief executive Tom Enders saying there was "no sustainable A380 backlog and hence no basis to sustain production" in February.

The A380 is not the only four-engined widebody Lufthansa flies. The airline has 13 Boeing 747-400s and 19 747-8Is in its fleet, Fleets Analyzer shows – neither of which it has immediate plans to remove.

"There are just some routes where we need 400 seats," says Spohr, citing Frankfurt-Washington as an example, when asked why not eliminate the larger size aircraft entirely.