The video was published on YouTube.com on 28 June, then removed on 29 June. McKinney said the video was intended to be viewed by the airline’s staff and that Ravn will release more details, according to Alaska Public Media. 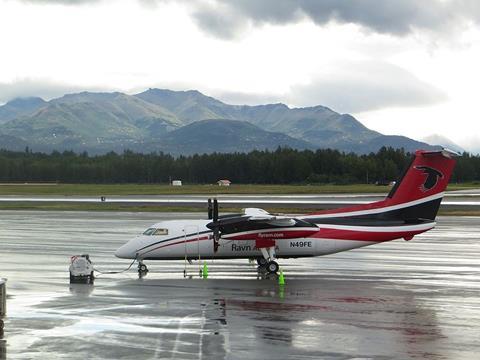 In the video, McKinney said Ravn was looking to establish an operation called Northern Pacific Airways that would operate 10 757s from a base at Ted Stevens Anchorage International airport’s North Terminal.

Ravn did not immediately respond to a request for more information. The airline now operates 10 De Havilland Canada Dash 8-100s and serves about a dozen Alaskan destinations, according to its website and Cirium fleets data.

Northern Pacific could fly to places including major US cities like Las Vegas, Ontario (California), Oakland, Orlando and Newark, McKinney reportedly said in the video. Potential international destinations could be Tokyo and Seoul.

When Ravn might start such an operation remains unclear.

Ravn stopped operations and its parent filed for bankruptcy protection in a Delaware court in April 2020. It has since resumed flights.