Airbus is aiming to fly the first Beluga XL outsize transport in the third quarter of 2018, and achieve power-on before the end of this year.

It will undertake a 10-month flight-test campaign before entering service with the company's specialist Airbus Transport International arm.

The airframer disclosed the schedule just ahead of the Dubai air show.

Just a single aircraft will be used for the campaign. This initial airframe will be fitted with an assortment of flight-test instrumentation.

Airbus states that the attachment of the main freight door of the A330-based aircraft will begin in mid-November.

It says assembly of the Beluga XL is "progressing well" following the introduction of the major structures to the Toulouse line.

The manufacturer has been mating sections for the horizontal stabiliser – including its outboard vertical surfaces – as well as the vertical fin and tail cone.

Airbus says the initial airframe is also undergoing electrical and mechanical systems installation, while integration work on a second Beluga XL is set to begin "soon". 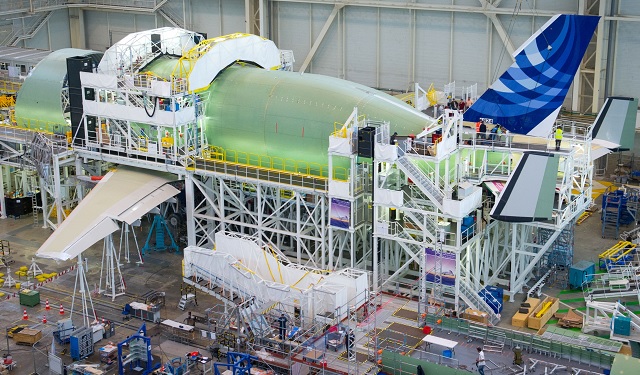