Boeing has rolled-out the aircraft that represents the 10,000th 737 assembled in the Seattle area since 1967 – a 737 Max 8 in Southwest Airlines livery.

The aircraft, registered as N8717M with serial number 42571, will be delivered to the Dallas-based low-cost carrier later this month.

The historic roll-out came with certification of the 737 as the “most produced large commercial jet” by Guinness World Records, Boeing says in a tweeted statement. 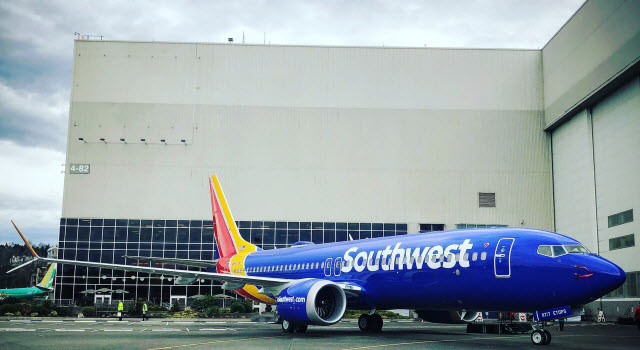 “Today we’re celebrating the 10,000th delivered 737 where the family is built at the most efficient single-aisle aircraft production plant in the world,” Boeing says in a tweet.

Boeing launched final assembly of the first 737 at Boeing Field in Seattle, then moved the programme to the south shore of Lake Washington in Renton in the early 1970s.

The 10,000th roll-out event comes a week after the unpainted 737 rolled off the final assembly line.

Boeing assembles the 737 and builds the wings in Renton. The fuselage is assembled by Spirit AeroSystems in Wichita and shipped by train to Seattle. CFM International supplies the engines – CFM56s for the 737NG series, and Leap-1B for the 737 Max -- from plants in the USA and France.