United Airlines will join its competitors in offering a premium economy cabin on certain aircraft beginning this year.

The Chicago-based carrier will offer the new United Premium Plus cabin on "select international flights" from later in 2018, it says in an employee newsletter today.

While the notice offers scant details of the product, it does say the seats will be more spacious than those in economy and include meals served on china, free alcoholic beverages and an amenity kit. 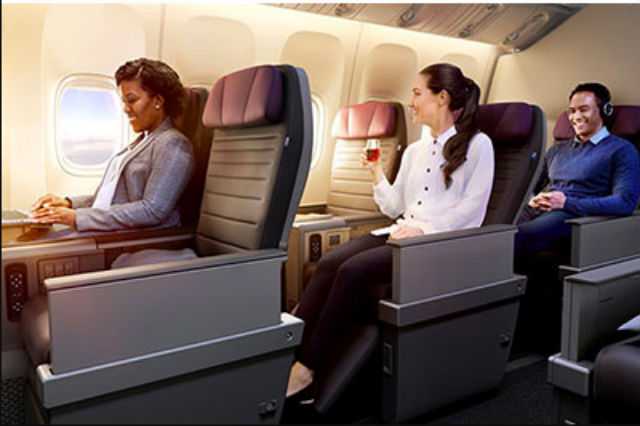 "This is an essential move by United to remain competitive with numerous partners, including Lufthansa, and competitors, namely American and Delta," says Henry Harteveldt, president and travel industry analyst at the Atmosphere Research Group.

American Airlines and Delta Air Lines are both in the process of rolling out their own premium economy cabins on international widebody aircraft. American offers the product on its Boeing 787-9s and is installing it on its Airbus A330-200s, Boeing 777s and 787-8s.

Delta debuted its premium economy cabin on the Airbus A350-900 in October 2017, and plans to install it on other widebody aircraft in the near future.

Harteveldt is skeptical of United's ability to roll out its new premium economy offering in a timely manner, citing the delays that have plagued the introduction of its Polaris business class seat.

"United is not exactly the most credible when it comes to delivering on its marketing promises," says Harteveldt.

United first said it was evaluating a premium economy cabin at an investor day in November 2016.