Airbus recorded a single order during August, for one corporate A320neo which was received from a private customer.

It took the airframer’s overall net order total this year to 303 aircraft.

This means it handed over 39 aircraft during August – comprising two A350s, two A330s and 35 single-aisle models.

The deliveries included an A330-900 to Portugal’s Orbest while Gulf Air took its first A321neo.

Airbus did not register any cancellations for the month. 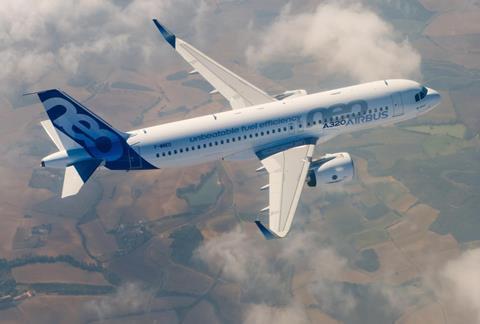