Airbus nearly trebled its net order figure in November, largely as a result of the firm agreement for 255 A321neos from Indigo Partners.

The order – spread across Wizz Air, Frontier Airlines, Volaris and JetSmart – lifted the airframer’s net total for this year from 125 to 368 aircraft.

Mexican carrier Interjet’s outstanding order for 28 A320neos appears to have been removed from the airline’s direct backlog. Airbus recorded cancellations of 52 A320neos and 13 A321neos during the month, and 10 A220-100s assigned to an undisclosed customer have also been delisted.

Airbus’s delivery rate improved during November, reaching 58 aircraft, after dipping below 50 for the previous four months. The airframer reached 518 deliveries but will need to accelerate to reach its target of 600 for the year. 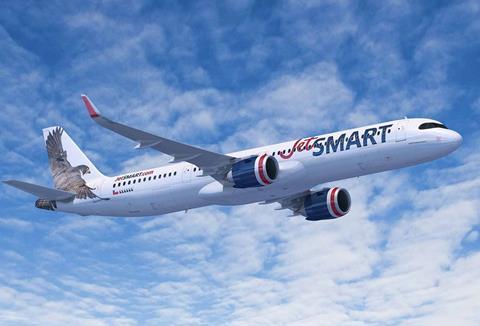