The Airbus A320 family aircraft fuselage structure assembly line will get some help — in the form of 20 robots.

The airframer inaugurated the new “highly automated” assembly line for the narrowbody family in Hamburg. The facility will focus on manufacturing longer sections for the A321LR, it adds. 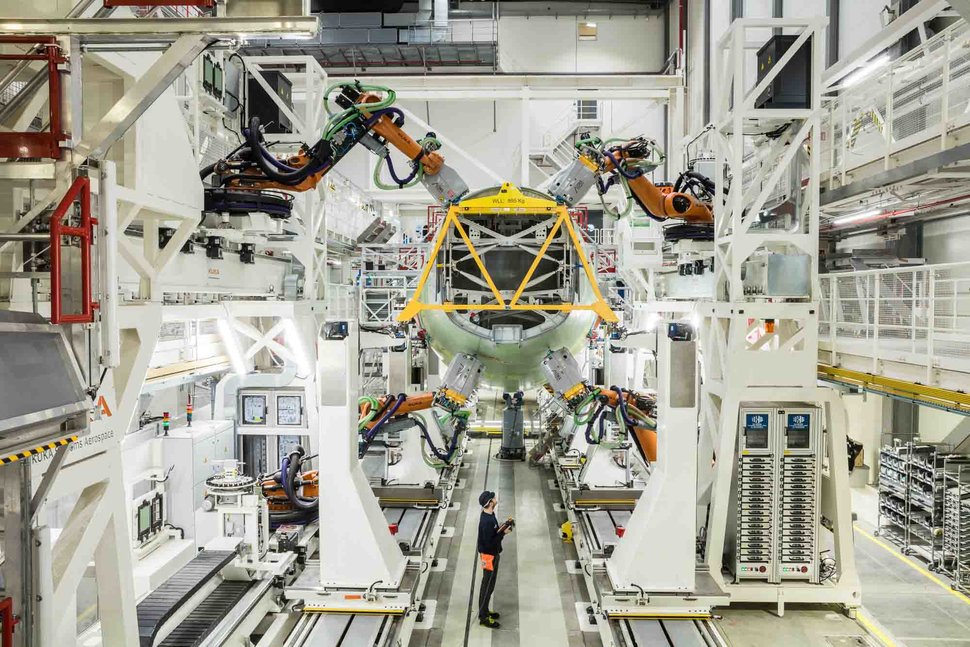 Calling it an “evolution” in its production systems, Airbus says the facility will also feature automated positioning by laser measurement, a digital data acquisition system, as well as a refreshed logistics concept.

In the assembly line, eight robots will drill and counter-sink 1,100 to 2,400 holes per longitudinal joint, as part of an automated system known as “Flextrack”. Next, the remaining 12 robots will combine the centre and aft fuselage sections with the tail. They will drill, counter-sink, seal and insert 3,000 rivets per orbital joint, says Airbus.

The Hamburg structure assembly facility is responsible for joining single fuselage shells into sections. It also performs the final assembly of single sections to aircraft fuselages. From here, the parts will be equipped with electrical and mechanical systems before moving to final assembly lines in France, Germany, China and the US.