​ANALYSIS: SIA pulls Tigerair out of the jungle

Singapore Airlines' (SIA) offer to de-list unit Tigerair is the final piece in the group’s ambition of building a true portfolio operation, and will end years of misery at the ill-starred low-cost carrier.

Tigerair appears poised to enter a new chapter in its history with SIA’s offer to buyout the 44.2% stake it does not already own in the subsidiary. Assuming shareholders accept the bid – and it is probable they will given the premium 32% SIA is offering – it will set the stage for SIA to fully capitalise on the potential synergies between Tigerair and its long-haul, low-cost unit, Scoot.

Indeed, it is probable that SIA could even look to do away with the Tigerair brand altogether, potentially re-branding it under the Scoot name, which would reduce marketing costs and improve brand clarity. These questions are only likely to be answered after the deal goes through, however.

More significantly, the offer marks SIA’s admission that the low-cost brand is here to stay. When Tigerair was founded over a decade ago, SIA had a 49% stake in the fledging airline. SIA at the time was firmly committed to a pure full service model founded in its premium SIA and Silkair brands.

As the 2000s unfolded Tigerair (then known as Tiger Airways) grew, with aggressive franchise expansions into Australia, Indonesia, and the Philippines. The carrier reached a high water mark of sorts in January 2010, when it raised S$247.7 million with an initial public offering. SIA’s stake, meanwhile, fell to just over 30% in the early 2010s.

All was not well at Tiger, however. Aggressive competition from large, well-capitalised rivals such as Lion Air in Indonesia and Cebu Pacific in the Philippines hammered earnings at its franchisees. A particularly harrowing period occurred in 2011, when the Australia unit was suspended for a time on safety concerns. Losses racked up quarter upon quarter.

As SIA looked on with consternation, it was having a rethink about the potential for low-cost. In November 2011, it established long-haul, low-cost unit Scoot. At the time, industry observers said SIA was getting annoyed with AirAsia flying passengers to Kuala Lumpur and transferring them to AirAsia X for regional flights.

Further evidence of SIA’s determination to get serious in the low cost game emerged in December 2013, when it entered an agreement with Singapore's sovereign investment fund Temasek Holdings to buy a 7.3% stake in Tigerair’s parent company, taking its total stake to 40%.

The year 2014 was to be crucial for Tigerair, as it abandoned its disastrous overseas forays once and for all. In March 2014, it sold its 40% stake in the Philippines unit to Cebu Pacific, and in June it announced that Tigerair Mandala would close shop. In October, it offloaded its 40% stake in the Australian unit to Virgin Australia for the symbolic sum of A$1.

But there was a glimmer of hope: in August 2014, the Competition Commission of Singapore cleared Scoot and Tigerair to cooperate on scheduling, pricing, sales, marketing, and service polices.

The carriers said the approval would allow them to “collaborate closely” on connecting traffic via Changi airport, both in terms of Scoot’s Chinese network and Tigerair’s services in Southeast Asia and India, while Tigerair’s customers “will have a greater choice of destinations currently served by Scoot’s medium-haul operations”.

Finally, in early November 2014, SIA committed to investing in a S$234 million rights issue, which would take its stake to Tigerair to 58% and make the loss-making unit a full subsidiary. Weeks later Singapore’s competition watchdog approved the deal, placing Tigerair firmly in SIA’s orbit. 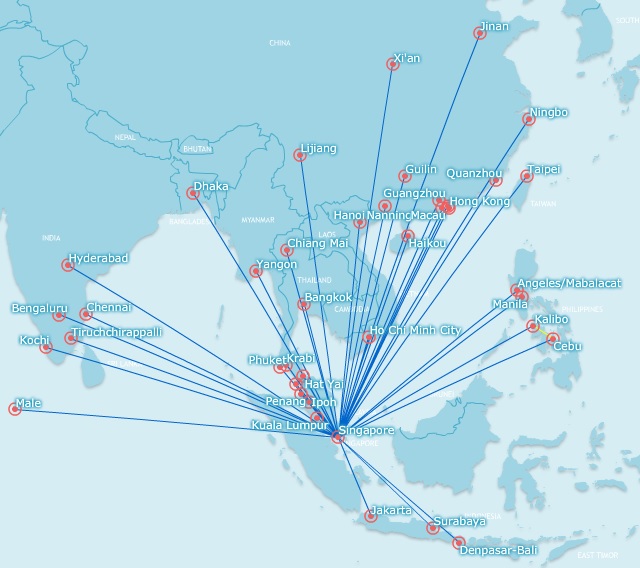 At the time, SIA chief executive Goh Choon Phong says that its controlling stake allowed for a greater level of partnership with Scoot. In a presentation to media, Goh reiterated that it positions Tigerair as a regional low-cost carrier, with Scoot attacking the medium-haul budget market.

SIA’s announcement that it will buyout Tigerair was probably never a question of if, but when. Goh has made much of SIA’s portfolio approach to running an airline, with SIA and Silkair serving the premium market, while Scoot and Tigerair served the budget market. Bringing Tigerair home is the final piece in the puzzle.