Cirrus Aircraft's SF50 Vision Jet has been awarded the 2017 Robert J Collier Trophy by the US National Aeronautic Association (NAA).

The single-engined personal jet, which entered service in December 2016, was the only business aircraft in the nine-strong shortlist for the annual contest.

It is bestowed by the NAA "for the greatest achievement in aeronautics or astronautics in America, with respect to improving the performance, efficiency, and safety of air or space vehicles".

Since the Collier Trophy was first awarded in 1911, business aircraft programmes have triumphed on only five occasions, starting in 1996 with the Cessna Citation X design team. 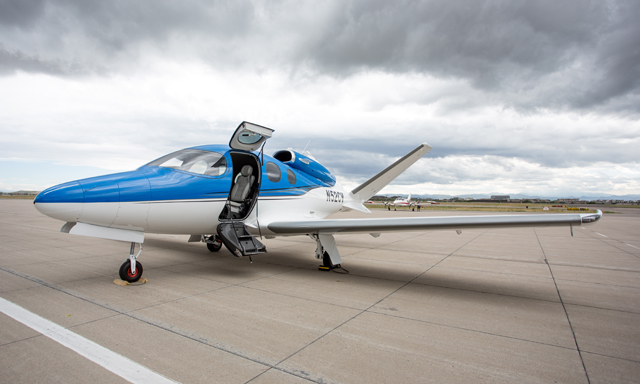 As the only Part 23 certificated single-engined jet on the market to date, the six-seat, Williams International FJ33-5A-powered Vision Jet is courting considerable success, with an orderbook totalling 600 aircraft.

Cirrus has delivered 35 examples, and plans to produce 50 units in 2018, and more than 75 in 2019. "We are currently building over one aircraft a week," says Matt Bergwall, director of the Vision Jet product line. "The rate is slowly increasing, but we don't have a definite timeline for full production – which will be over a 100 aircraft a year. Quality is a higher priority for us than rate."

The airframer opened its new customer delivery centre for the Vision Jet in January, at its campus in Knoxville, Tennessee. The facility also houses delivery, service and training centres for the SR-series of piston singles, and Cirrus is gearing up to expand its training offering to the Vision Jet.

"We recently took delivery in Knoxville of a Level D full-flight simulator from CAE, and are just putting the final touches to the building, which should be open in the third quarter," says Bergwall.