Yoav Tourgeman, president of Elta Systems, describes the Embraer platform as "a wonderful airplane – very capable", which will provide a "cost-effective" solution for customers. 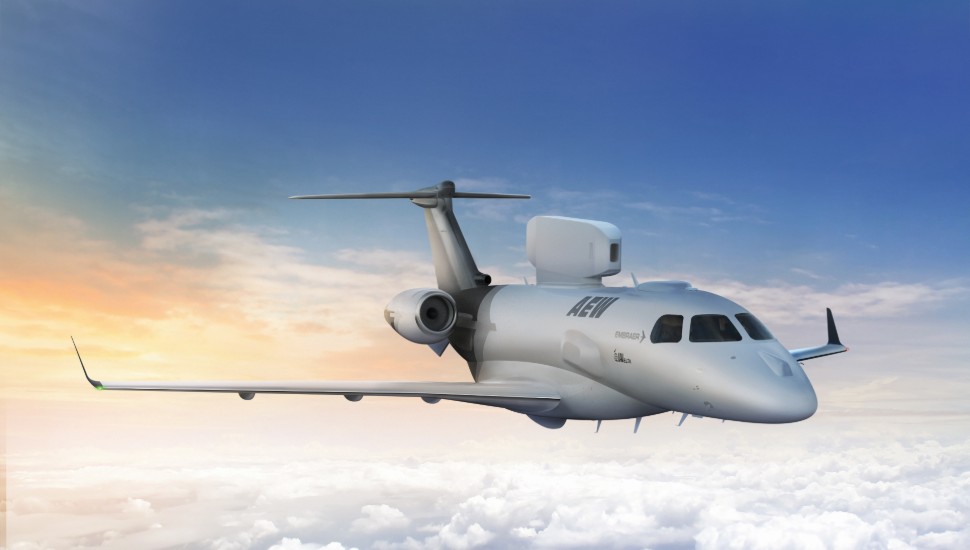 One of the newest business jets on the market, the Praetor 600 is an upgrade of the Legacy 500, which features a new wing and additional fuel tanks, giving it a range of 4,000nm (7,400km).

The Honeywell HTF7500E-powered jet was only launched in October 2018, with first delivery set for later this year.

Under the partners' strategic co-operation agreement, Embraer is responsible for the platform, ground support, communication systems and aircraft integration, while Elta will supply and integrate the radar, signals intelligence and other electronic systems.

Jackson Schneider, chief executive of Embraer Defense and Security, says the combination is the "right-size solution for the market, combining a state-of-the-art platform with Elta's AEW system".

"We are pretty convinced this is the first stage of other ones," he says.

Tourgeman says other Embraer aircraft could form the basis for additional special-mission types.

Pricing will depend on the precise customer configuration, says Schneider, but says the full package will be "very, very competitive".

Housed in a "ski box" unit atop the aircraft, the ELM-2096 offers 240° radar coverage, with no power loss at the edges, says Elta. Three operators are required for the system.

Discussions with potential customers are under way, says Tourgeman, with the company able to deliver a system around two years after contract signing.

Schneider is confident that the P600's price point will spur market growth by giving countries the "opportunity" to purchase a system that was formerly out of their reach.

Embraer previously worked with Saab, providing the ERJ-145 platform for the Erieye system, while Elta still works with Gulfstream using the G500 as the basis for special-mission aircraft.