Piaggio Aerospace is preparing to deliver in early October the very first Avanti Evo to roll off the new production line at its Villanova D’Albenga headquarters.

The twin-pusher (I-PDVS) made its maiden flight at the end of August from the facility, 50 miles (80km) southwest of Genoa,and is now undergoing completion ahead of its handover to an unnamed customer.

The airframer, which is wholly owned by Abu Dhabi investment house Mubadala Development Company, opened the Villanova D’Albenga plant a year ago, but teething problems with the final assembly line have hampered production output. 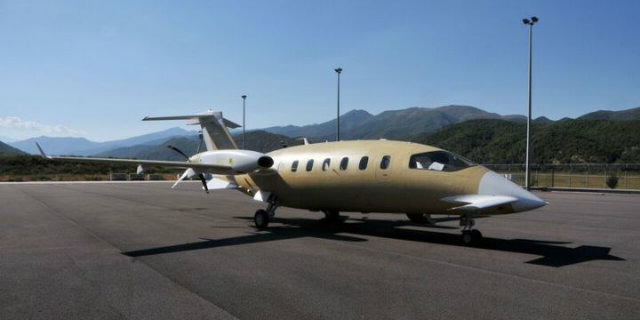 Assembly of the six-seat aircraft continued at Piaggio's former home in Genoa until January, when the final unit rolled off the line. The plant has produced around 220 Avantis, spanning all three generations of the iconic turboprop.

“This facility is being released to the local Port Authority," says Piaggio, although the company still maintains a presence at Genoa airport. “Activities at the site include pilot training, an experimental flight line and a customer service, painting and delivery centre,” it says.

Piaggio says three Evos are currently in production at Villanova D'Albenga, which is also home to the Avanti-based P.1HH Hammerhead unmanned air vehicle.