Piaggio is planning to launch a corporate shuttle version of the P180 Avanti Evo, opening up a new market for twin-pusher turboprop programme. Speaking at the show this morning Andrea di Fede, Piaggio's head of sales, said the Italian airframer – which is currently in administration – has evaluated the market and believes there is demand from companies and commercial operators for an economical, high-speed passenger shuttle.

Piaggio announced at NBAA today two major developments that could boost its prospects of exiting administration and finding a buyer – an order for at least 10 Avanti Evos and the launch of a corporate version.

Extraordinary commissioner Vincenzo Nicastro is preparing to launch a public tender for the Italian company, which has been in administration since last year, following the withdrawl of overall shareholder the Abu Dhabi government, and has an Avanti Evo on display here. 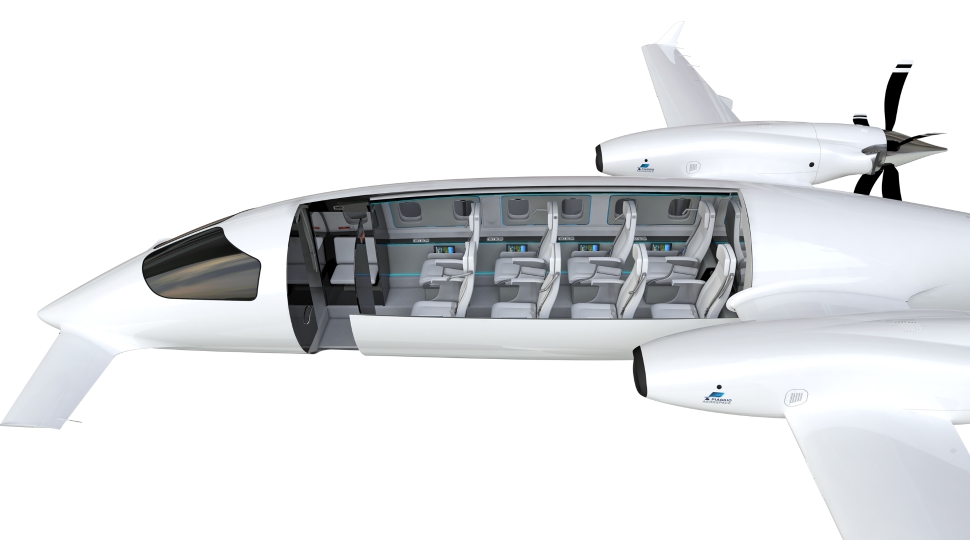 Andrea di Fede, Piaggio's head of sales, believes there is demand from companies and commercial operators for an economical, high-speed passenger shuttle variant of the twin-pusher turboprop.

Two eight-passenger shuttle concepts are being considered – a classic version with lightweight seats and integrated headrests, and a version with what di Fede describes as a “more modular, high-tech advanced seat materials".

He says the Evo corporate shuttles will be “a real office in the sky, where passengers can get uninterrupted access to the internet and streaming from take-off to touch down".

Both are in the "concept stage", but the company is in contact with a number of potential customers with a view to launching the programme early next year.

The company also announced at the show the purchase of up to 10 Evos by long-time Avanti customer Sheikh Khalifa Al Saif. The first examples to the Saudi businessman are set for delivery in the second half of 2020.

Piaggio has a current orderbook for 10 Avanti Evos, nine of which are for Italian government and military agencies following what was effectively a rescue deal by Rome this year.