UK start-up Samad Aerospace has begun building a 50% scale model of its six-seat eStarling hybrid-electric vertical take-off and landing (eVTOL) aircraft, and says it will “commercialise” a version of this scaled design, and bring it to market in 2022 as a two-seat hyper-luxury aircraft and utility vehicle.

UK start-up Samad Aerospace has begun building a 50% scale model of its six-seat eStarling hybrid-electric vertical take-off and landing (eVTOL) aircraft, and says it will “commercialise” a version of this scaled design, and bring it to market in 2022 as a two-seat hyper-luxury aircraft and utility vehicle.

The company, headquartered in Cranfield, has already built and flown a 10% and 20% scale model of the eStarling, demonstrating the aircraft’s take-off and landing performance, hovering capability, and its ability to transition from vertical to horizontal flight. 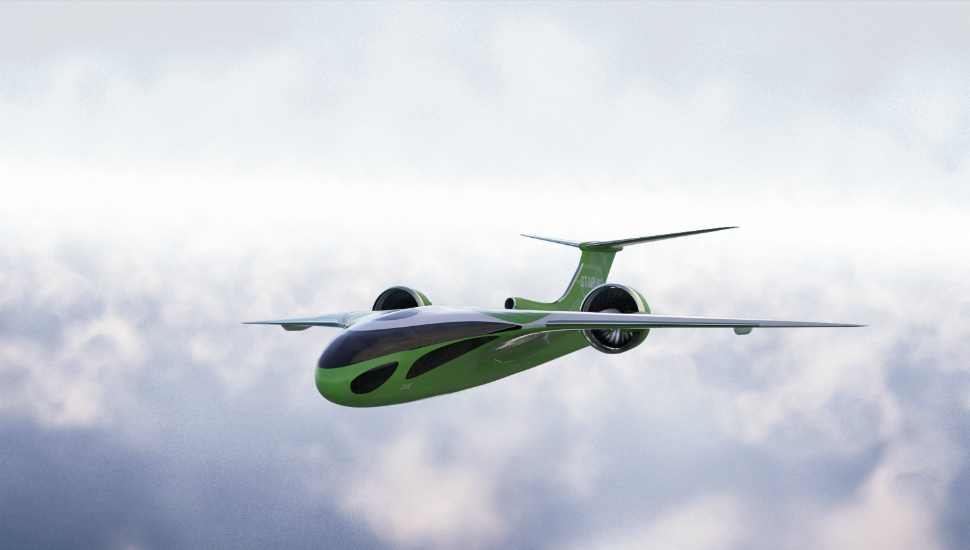 “We will begin tether-testing the 50% scale-model in the first quarter of 2020,” says Samad founder and chief executive Seyed Mohseni. “Then progress to conventional and transition testing of the aircraft, which will have wingspan of 8.5m [28ft] and length of 7.5m.”

It will make its first public demonstration at the Farnborough air show in July 2020.

A further two test aircraft will be built for the new two-seat programme, called the Starling Q22, with the first manned aircraft, scheduled to make its debut flight in early 2021.

Describing the Q22 as a “spin-off” project to the eStarling, Mohseni regards its latest eVTOL design as an opportunity to broaden its commercial aircraft line-up – which also includes the in-development 10-seat Starling Jet – and open up a new market for the company.

“We are targeting owners of high-end luxury cars such as Ferraris, Lamborghinis and Bentleys, who are looking for a luxury, yet sustainable form of transport,” says Mohseni. “The Q22 will also be a great platform for air ambulance providers.”

Samad has received a lot of interest in the platform already, he adds “with potential owners and operators wanting it right now”.

Samad says the Q22 will be built from environmentally friendly materials, “such as a non-oil-based carbonfibre” and its hybrid-electric design will remove any requirements for a ground-charging infrastructure.

Like its larger eStarling stablemate, the Q22 will be propelled by five electric-powered fans: two on the trailing edge of the wing, two embedded in the aircraft’s blended wing body, and one at the tail. A generator will provide electricity to power the fans and charge the batteries, with only the cells used for take-off and landing. “Around 200kW will be required to power the Q22 and 750kW for the eStarling,” says Mohseni.

Samad will start assembling the first full-scale eStarling prototype in 2022 and fly the model the following year. Certification and service entry are expected in 2025.

Assembly of the first Starling Jet prototype will begin the same year, with the VTOL aircraft pegged for certification and entry into service in 2027.