Former MasterChef: The Professionals finalist Arnaud Kaziewicz has helped curate a new collaboration between travel retail and catering company Gategroup and sandwich chain Eat, which has been introduced here at the show. 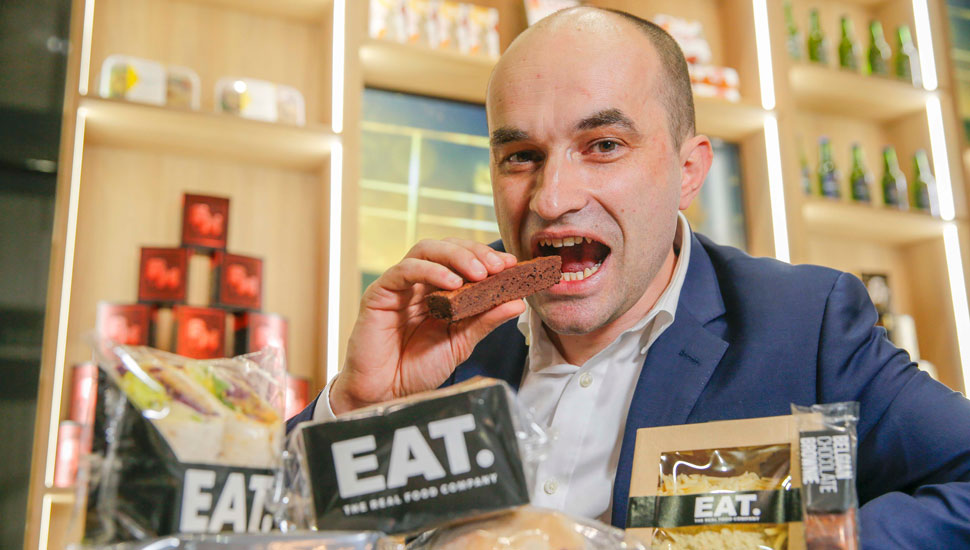 Kaziewicz takes a bite of the new business

Kaziewicz – a finalist on the 2016 version of the show – has also previously worked for Michelin-starred establishments and owned his own artisan bakery, but in his current position as director of food at Eat he has focused on the development of the new range with Gategroup – the first time the on-the-go company’s products will be available on a flight.

Gategroup is also launching a new app concept that will allow passengers to visualise the food they are about to buy, look up nutritional information and allergens, order it, and have it delivered to their seats unpacked and ready to eat in they way they would expect in a cafe.

“We want anybody to be able to take a product of ours and put it on a plate like you would in a café,” Kaziewicz says. “Eat’s food is chef-driven, despite it being on-the-go food.”

The products that have been selected and developed by Kaziewicz on behalf of Eat for airline sales include a vegan Middle Eastern wrap, cheese and jalapeno macaroni, a hot bacon roll, the "ultimate" croque monsieur, a New Yorker sandwich, and a chocolate brownie bar.

Gategroup says that it app concept will build customers' trust in the food that is available on board which, says Joshua Beth, head of marketing and product development at Gategroup, is lacking at the moment.

“We’re starting with the snack boxes, but we’ve promised to get them to the point of offering their fresh peri-peri chicken wrap and chips,” Beth says.