Unlike other airlines that have partnered with drone makers, Avianca plans to develop the drone and navigation system internally with a provisional schedule of launching operations next year, says Jose Ramirez, a maintenance engineer for the Star Alliance carrier.

Ramirez demonstrated a prototype flying drone on 28 September during a press tour of a newly-opened maintenance hangar in Rionegro, Colombia.

The quad-rotor drone with unshrouded blades and equipped with a GoPro camera was developed within Avianca for maintenance inspection applications. 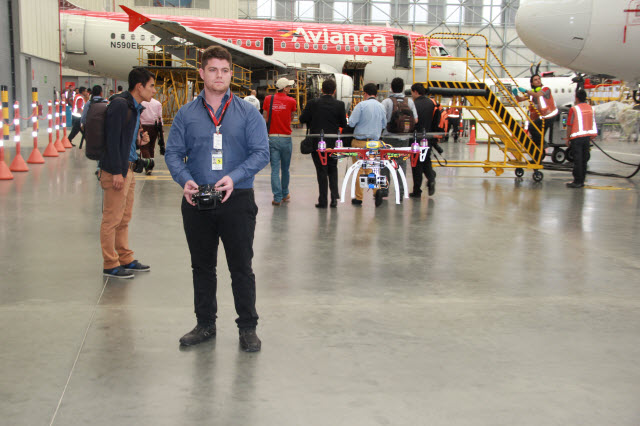 A follow-on design will encase each of the four rotors in a protective shroud to shield the blades from causing damage, Ramirez says.

Inside a busy hangar with three Avianca aircraft parked inside, Ramirez navigated the drone during the demonstration using a hand controller with a wireless link. The final design will shroud the blades of each rotor with a protective ring, possibly made of foam, he says.

The navigation system for the final version also will change. Instead of manual control, the drone will navigate by itself.

“In the end it will be completely autonomous,” Ramirez says. 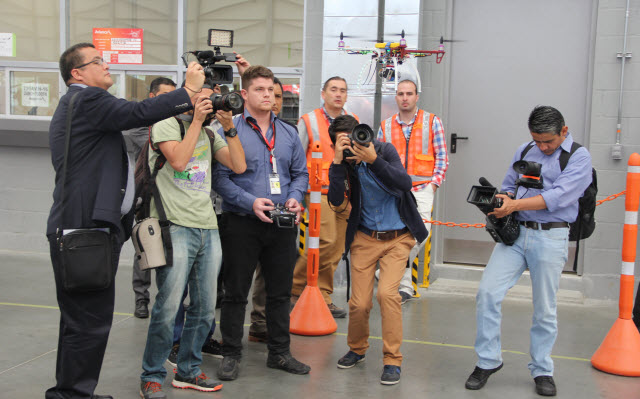 Avianca is developing a system that uses ultrasonic beacons to develop a three-dimensional view of the environment. The drone’s software will use that geometric model to determine the location of the aircraft relative to itself.