The company installed its Monarch 5 micro-turbine in a Navmar Applied Sciences-made TigerShark, small Group 3-size UAV usually powered by a piston engine, it announced on 24 September.

UAV Turbines is pitching its micro-turbine as an alternative to the piston engines that typically power small UAVs. The firm says its Monarch 5 is a clean sheet design that provides better mechanical and electrical power, reliability, as well as less noise. 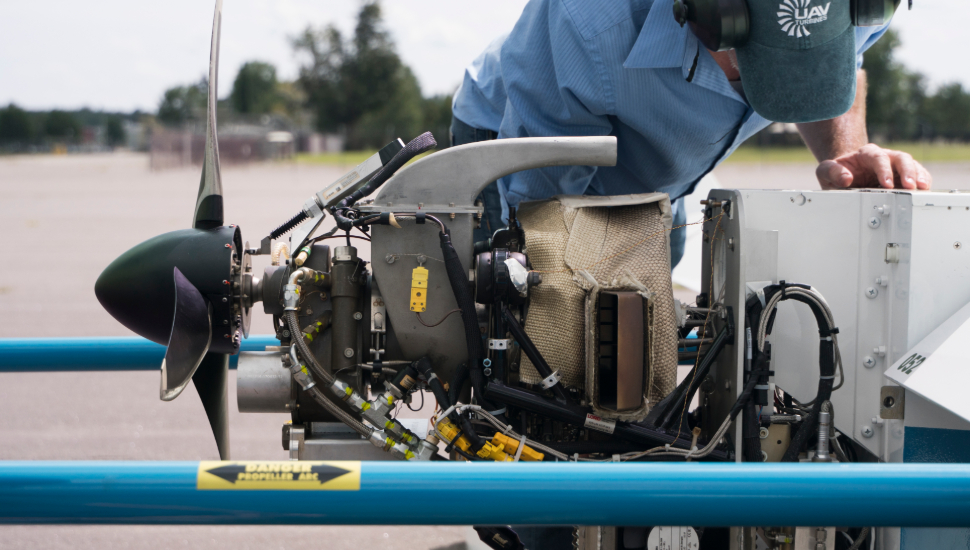 “The objective was to develop an efficient turboshaft engine capable of competing with existing intermittent combustion engines,” the company says. UAV Turbines says it is eyeing a ballooning market for UAV propulsion from commercial and military customers in the coming years.

“Our attention now turns to working with commercial and military partners to develop airframes around our Monarch 5 propulsion system, similar to the manner that manned aircraft are designed and developed,” says Kirk Warshaw, chief executive officer of UAV Turbines. “Furthermore, we believe our Monarch engine’s capabilities will be instrumental in driving the urban air mobility and defense industries forward in making unmanned aircraft systems as commonplace as airplanes, trucks and ships for both commercial and defence use.” 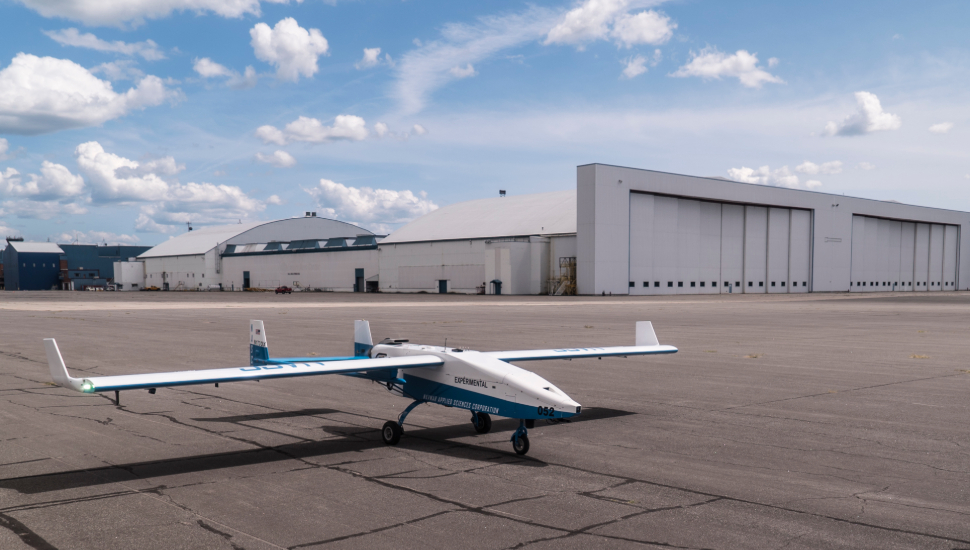 UAV Turbines believes turbines could displace piston power in the small UAV market due to several factors. In addition to being more reliable and able to generate more power, the company claims that its micro turbine can help UAVs climb at higher rates by using a variable pitch propeller. Moreover, the company says turbines are inherently quieter because fast rotating turbines generate noise at high frequencies, meaning the engine sound doesn’t travel as far.

The company also says it has found ways to reduce fuel consumption.

“UAV [Turbines] introduces a light-weight recuperator for the first time in a flight weight micro turboprop,” the firm says on its website. “Coupled with an intelligent [full authority digital engine] and variable pitch mechanism that can keep the engine and propeller operating at their most efficient settings, this results in fuel efficiencies that rival the most efficient reciprocating internal combustion engine in its group.” 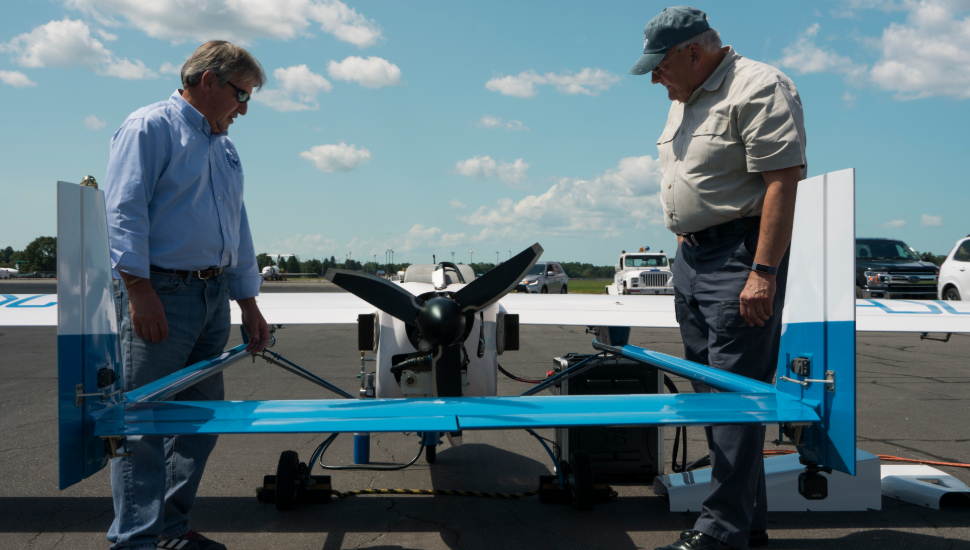 Monarch 5 is capable of being started remotely using only its internal hardware, says UAV Turbines. The company also says the turbine can generate 5kW of electrical power without adding much hardware weight.

“Our designs have operated with a wide spectrum of heavy fuels such as JP-8, JP-10, Jet A and US Diesel No. 2 from the gas station next door to our test cell,” the company says. “Bio or synthetic diesel would not be a problem.”

UAV Turbines says it is developing a family of Monarch engines.

“The design is scalable from approximately 10[shp] to 200[shp],” it says. “Monarch 5 is the first engine from this family to reach the test flight stage of development. UAV Turbines is also working on a larger version of the Monarch 5 capable of 200shp under a cooperative agreement with the US Army Aviation Development Directorate.”

In the coming months, UAV Turbines says it plans to make additional test flights to expand the Monarch 5’s flight envelope and trial updates to the engine.