“The contract, placed by Airbus Defence & Space, comprises production and delivery of radar systems and core electronics components which will be produced at Hensoldt’s site in Ulm and at consortium partner Indra’s site in Spain,” the company said on 23 April. 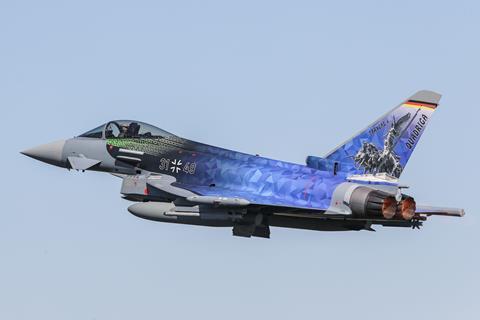 Berlin last November signed for its Tranche 4 batch of Eurofighters, which will replace Tranche 1 examples used by the Luftwaffe. The new buy will include 30 single- and eight twin-seat examples of the multirole type.

Under a separate subcontract with Airbus, Hensoldt is also producing Captor-E Mk1 AESA radars for integration with Germany’s Tranche 2- and 3-standard Eurofighters.