South Africa’s Paramount Aerospace Industries has announced the start of customer deliveries with its Mwari light aircraft, optimised for tasks including intelligence, surveillance and reconnaissance, and precision strike.

Revealing the development on 21 September, the Paramount Group subsidiary said it has “secured customers and orders from multiple air forces”, with this business totalling nine of the aircraft. 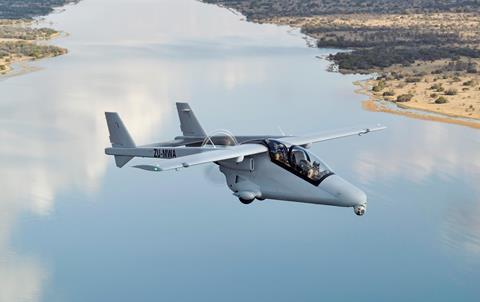 “The orders for nine new Mwaris represent an important milestone in its commercial success and have resulted in full levels of production at Paramount Group’s state-of-the-art aircraft factory” at Wonderboom near Pretoria, the company says. “Deliveries to an undisclosed customer are underway,” it adds.

“This is a proud moment for Paramount and our continent’s aerospace industry,” says Paramount Group founder Ivor Ichikowitz. “The development and deployment of Mwari underscores the strategic importance of a world-class, indigenous African aerospace industry, one that can quickly and collaboratively address the increasing security threats, conflicts and insurgencies which Africa presently faces.”

“Mwari is a game-changer for air forces,” he adds. “It is purposefully designed for the kind of asymmetrical warfare that modern military forces across the world are today being asked to conduct.” 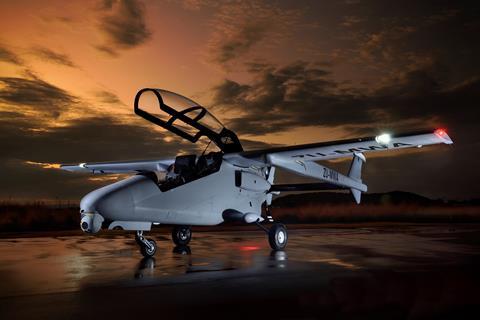 South African-developed type can be reconfigured for multiple roles

Previously referred to as the AHRLAC, the Mwari design was first revealed by Paramount and its then-partner Aerosud in 2011. First flight of the single-engined type took place in August 2014.