French start-up Elixir Aircraft flew its two-seat Elixir piston-single for the first time on 31 August, and says the carbonfibre aircraft is on track to secure European certification in mid-2018.

To date, the prototype has logged 5h 30min of flight testing across seven sorties from Elixir’s base in La Rochelle, western France. “Everything is going well,” says company co-founder and chief operating officer Cyril Champenois.

The pilots have performed a number of manoeuvres including side-slips and Dutch rolls, he adds, to assess the aircraft’s behaviour and agility. “Some small details need to be tuned,” he says, “but there are no big issues”.

Only one prototype is involved in the fight-test campaign, but the aircraft’s major composite parts, including the wing, aileron, flaps and horizontal tail, will undergo ground testing from October, says Champenois. 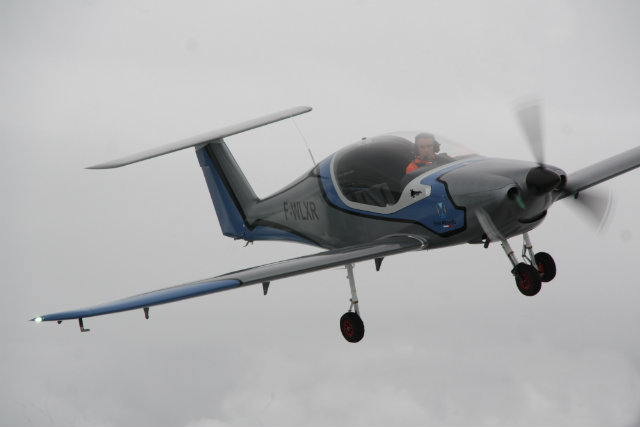 Elixir has secured 10 orders for the €150,000 ($180,000) aircraft to date – seven from private owners and three from flight schools – and plans to deliver the first aircraft shortly after certification. The privately-owned venture launched a pre-order service in early September, guaranteeing an aircraft delivery number in exchange for a fully refundable deposit of €2,500.

Elixir forecasts an annual production rate of 12 aircraft in the first year, 20 in the second and 80 within five years, says Champenois.

Elixir is evaluating a larger model, Champenois says, but the company’s immediate focus is to bring the two-seater to market.