Airbus is extending its sourcing of 3D-printed components for the A350 with an agreement for complex lower cargo door actuator valves.

The valve will be produced by Germany’s Liebherr-Aerospace Lindenberg, the firm has disclosed at the Farnborough air show.

Additive layer manufacturing will be employed to produce the part, which the company describes as its first complex 3D-printed component for the A350.

It says it certified a printed A350 nose-gear proximity-sensor bracket, claiming it as the first Airbus system part to be approved for titanium additive layer manufacturing.

The cargo-door valve at the centre of the new contract is a “more complex” structure, states Liebherr-Aerospace.

It adds that the agreement is a demonstration of the “mutual commitment” of the two sides to introduce “cutting-edge innovation”. 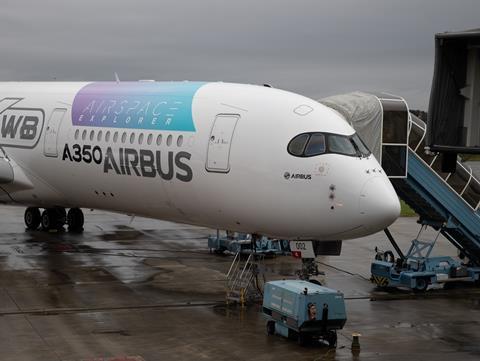