The Bolivian carrier had previously in 2019 indicated its intention to add A330s to replace its existing ageing Boeing 767-300ERs. 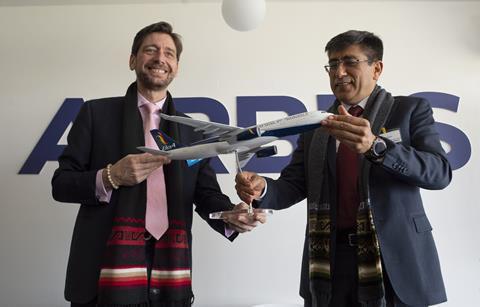 Cirium fleets data shows the airline has four 767s in service, three of which it leases, which were built between 1994 and 1996.

Airbus today disclosed BoA as a new A330 operator after the selection was announced during Latin America’s FIDAE Airshow.

Airline chief executive Ronald Casso says: “After a long and in-depth technical, commercial and financial analysis, Boliviana de Aviacion concluded that the A330-200 aircraft will allow BoA to provide a better quality of service to our users on long-range routes. Without a doubt, this important project will allow BoA to make a technological leap.”

The Bolivian carrier plans to deploy the A330s on routes including Santa Cruz to Madrid and Miami.