Amid the safety crisis enveloping the wider Boeing 737 Max programme, it has been easy to lose track of the progress of individual models.

Amid the safety crisis enveloping the wider Boeing 737 Max programme, it has been easy to lose track of the progress of individual models.

While the Max 8 and 9 were both in service prior to the grounding imposed in March and the Max 7 had entered flight testing, the largest variant in the narrowbody family, the Max 10, was still in development.

Therefore, the roll out of the first 737-10 flight-test prototype on 22 November – 1.6m (5ft 3in) longer than the Max 9 and featuring a new semi-levered main landing gear – was a gentle reminder of its existence. 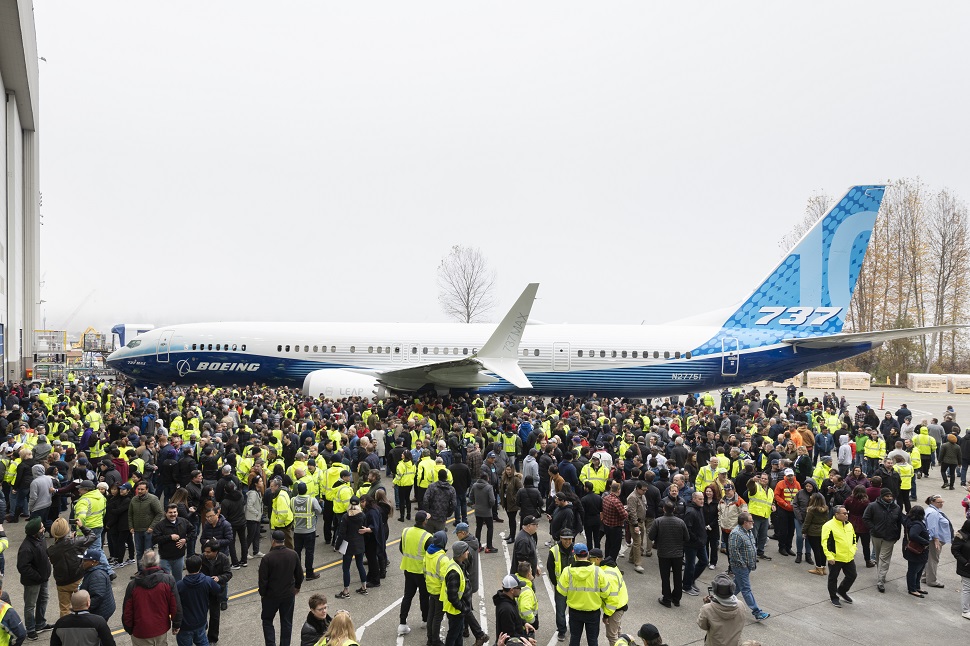 Indeed, its presence harkens back to a happier time for the manufacturer: the variant was unveiled at a scorching hot Paris air show in 2017 with a typical flurry of deals, and at that point, although the Max trailed the Airbus A320neo in order terms, it seemed that Seattle’s re-engined twinjet family would still prove a formidable opponent in the narrowbody chess game between the two manufacturers.

But that was before the crashes of Lion Air flight 610 in October 2018 and Ethiopian Airlines flight 302 on 10 March this year caused the suspension of Max operations globally.

Sales of the Max have understandably struggled since the grounding, not helped by the strategic calls of Boeing’s rival in Toulouse.

Two years on from that heatwave in Paris and Airbus used this year’s Le Bourget event to unveil the latest iteration of its A321neo, the XLR.

While the A321XLR and 737-10 do not compete directly – the Airbus model boasts a higher capacity and significantly more range – the development of the former merely underscores the European airframer’s dominance in the single-aisle space.

At the top end of the segment the A321neo in all its guises is outselling the Max 10 by a factor of five to one. Even factoring in the effect of the Max grounding, that is quite the trouncing.

First-mover advantage is key in any industry and Airbus has ruthlessly exploited the position it seized when it decided to re-engine the A320 in 2010.

With the XLR seemingly a pre-emptive strike against Boeing’s New Mid-market Airplane, the focus in Seattle appears likely to switch to a 737 successor to arrive later next decade, or even into the 2030s.

So what then of the Max 10? Analyst consensus seems to be that while the variant will be a good aircraft, it will not offer operators the same potential as the A321LR or XLR.

In other words, it seems a little lost. But with Boeing’s ability to answer Airbus’s aggressive moves severely curtailed, the Max 10 may be the best response that Seattle can muster.