AgustaWestland has made major steps towards getting the AW609 civil tiltrotor programme back in the air with the resumption of tests using the initial prototype and the start of ground runs of the third flight-test article.

However, programme delays now appear to have pushed the certification schedule into 2018, from the previous target of 2017.

The programme had been voluntarily grounded by the manufacturer in the wake of the fatal crash of AC2 in Italy last October, when two pilots were killed.

But AgustaWestland confirms that AC1 – the sole survivor from the early days of the programme – resumed testing on 15 April. 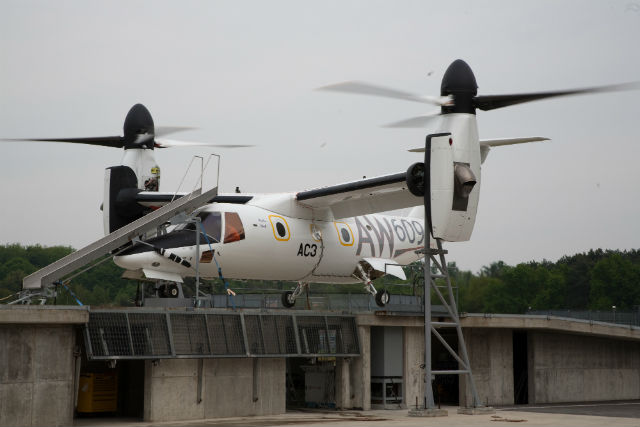 This was followed by restrained ground runs of the third AW609 (N609PA) at Cascina Costa, Italy.

The trials are a prelude to returning the tiltrotor to flight as the airframer pushes to achieve certification in 2018 from the US Federal Aviation Administration, it says.

Flight-test activities using AC3 are intended to begin later this year at AgustaWestland’s US site in Philadelphia, where the AW609 will eventually be produced. The prototype will also be used for icing trials next winter.

A fourth flight-test aircraft currently under assembly in Philadelphia is due to enter the fleet in 2017.