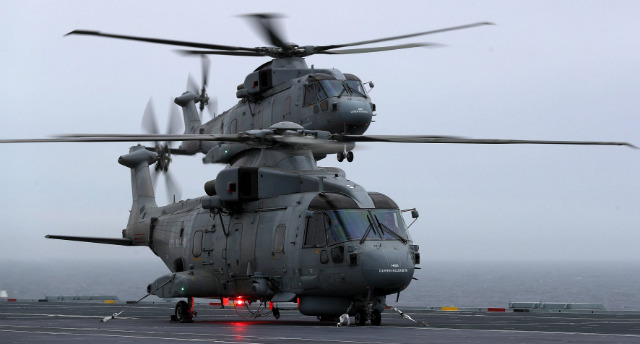 The activity involved antisubmarine warfare/multimission helicopters from the Fleet Air Arm's 820 NAS, operating from the Royal Air Force's Lossiemouth base in Scotland in support of the carrier's introduction.

"We have proven our ability to operate aircraft safely," said the vessel's head of flight operations Cdr Mark Deller, adding: "Operating live helicopters adds another dimension to our understanding of how our flightdeck behaves. 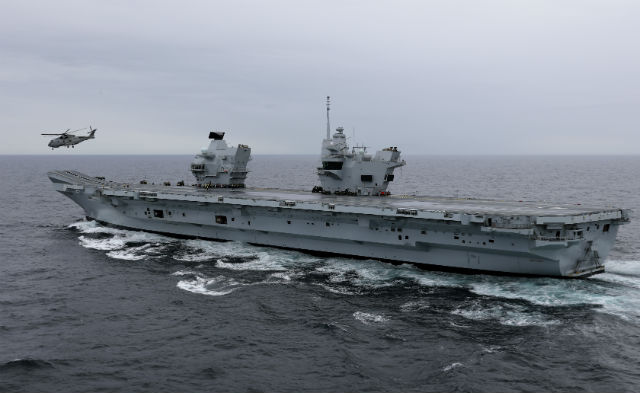 "Now our focus is getting the ship and all her systems fully tested and set to work, ready to commence full fixed-wing flying trials next year," Deller says.

The Queen Elizabeth sailed from Rosyth dockyard on 26 June, and is currently involved in sea trials off the northeast coast of Scotland. This activity will be followed by mission systems testing later this year, before the vessel is handed over to the RN at its Portsmouth base in the south of England.

A second Queen Elizabeth-class ship – the Prince of Wales ­– is currently being completed at Rosyth by the Aircraft Carrier Alliance: a venture between Babcock, BAE Systems and Thales UK.