Norway will embark one of its NH Industries NH90 NFH helicopters for the first time later this summer, but has again offered thinly veiled criticism of the 11t-class rotorcraft, deliveries of which are running 10 years behind schedule.

Speaking at the opening of a new maintenance hangar for the NH90 at Bardufoss air base in the north of the country, defence minister Øystein Bø announced that a NFH from the Royal Norwegian Air Force's (RNoAF) 337 Sqn would deploy on a Nordkapp-class offshore patrol vessel later this summer.

Although the NH90s have performed training aboard a number of ships, the milestone, likely to be in August, is the first operational deployment for the helicopter.

Bø says he is pleased at the development, but points out that the one thing souring the occasion is the slow pace of the contract.

“As you all know, the NH90 helicopters are many years overdue, and we still have not received all of our new helicopters,” he says.

Deliveries of the NH90s were originally scheduled for 2005-2008, Oslo’s defence ministry says, but have been delayed by a decade thanks to “quality issues in the production of the supplier”. 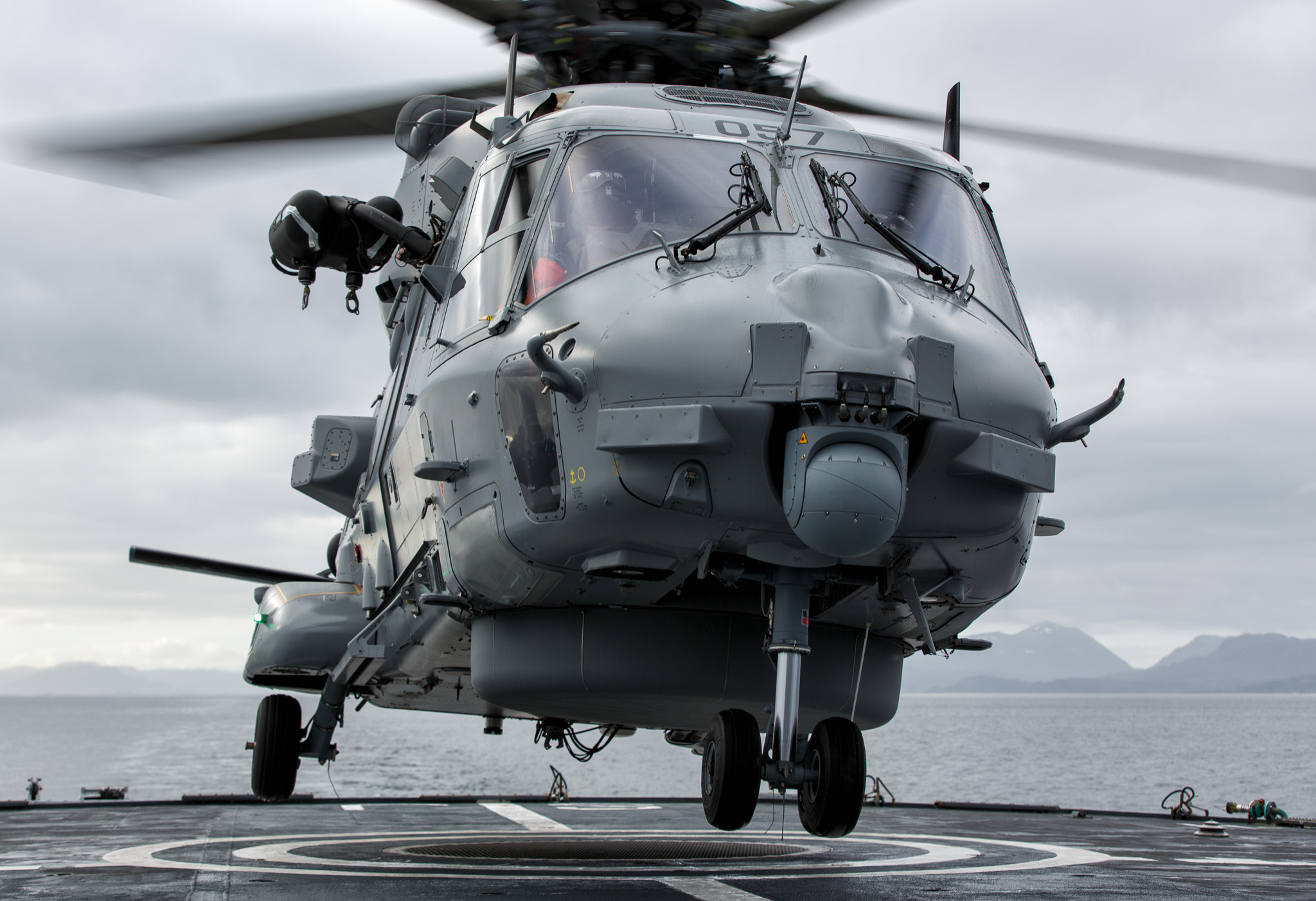 Naval variants of the NH90 for the export market are assembled by NHI consortium member Leonardo Helicopters in Tessera, Italy. Airbus Helicopters and Fokker are the venture’s other members.

The new maintenance facility at Bardufoss includes a composite repair capability, the first in the region, which means the NH90s will not need to return to Italy in the case of fuselage damage.