Elbit Systems expects a production contract by the end of 2015 to provide the Swiss armed forces with its new unmanned air vehicle.

This announcement follows the selection of the Israeli company’s Hermes 900 system by the Armasuisse procurement agency in June after it was favoured over the Israeli Aerospace Industries Super Heron.

The systems were tested with a heavy fuel engine on board during three demonstrations – one in Switzerland and two in Israel – which was a new integration for Elbit’s Hermes 900. 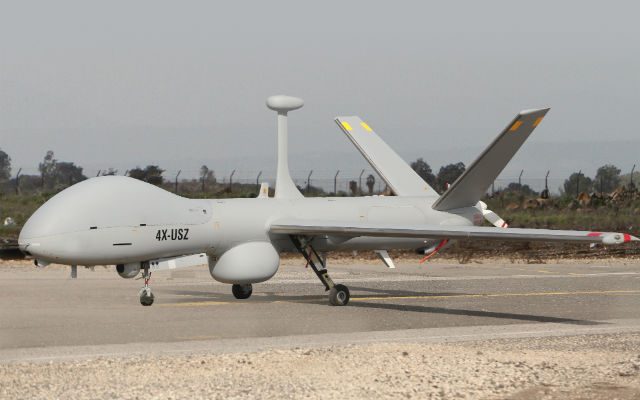 The selection now needs to be passed through the Swiss parliament, which Elbit says will take some 18 months.

“Since we launched the Hermes 900, we have won most of the opportunities we have bid for in the last three to four years,” says Elad Aharonson, executive vice-president and general manager of unmanned air systems at Elbit.

The system was also used during the 2014 World Cup in Brazil, following the delivery in May.

“There was a significant tempo of flights,” Aharonson notes. “The fact they received the system and operated it a few days later… is another indication that this is a good and mature system.”

Meanwhile the company expects a launch customer for its Hermes 90 tactical UAV “quite soon”.

Aharonson says Elbit is in the final stages of discussions with the customer, and is confident a deal will be signed.

The Hermes 90 was originally pitched to the US Navy for the Small Tactical Unmanned Aircraft System Tier II contest, which was later won by the Boeing/Insitu RQ-21A Integrator.

Elbit also notes that the British Army’s new tactical UAV – the Thales WK450 Watchkeeper, based on Elbit’s Hermes 450 UAV – has “good chances” of entering service in Afghanistan following the release to service it was awarded in March.

The Hermes 450 is operated by the army on a leasing basis as an interim provision until the Watchkeeper enters operations, but it is still unclear as to when it will return from deployment.