OPINION: Why Red Arrows have put safety first for Farnborough

For the first time in living memory, next month’s Farnborough air show will not be able to call on the awe-inspiring aerobatic skills of the pride of the Royal Air Force: the Red Arrows. A shining icon of the UK’s aerospace prowess, the team will be performing only a number of flypasts with types like the debutant F-35. 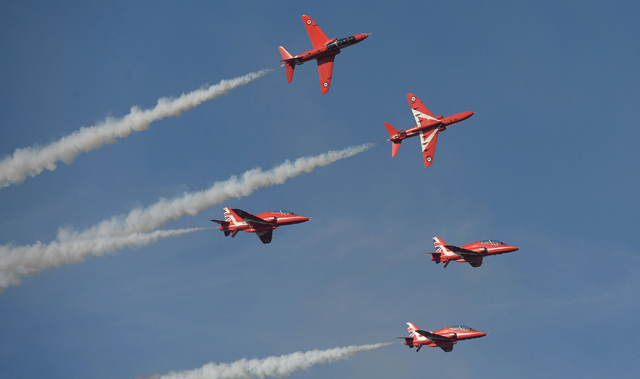 The RAF says its decision stems from an assessment of what is “safe, sensible and appropriate” above a heavily developed town and a large crowd.

In truth, this is an early example of the restrictions that will become widespread following the crash of a vintage Hawker Hunter during last year’s Shoreham air show. Eleven people died when the jet came down on a public road adjacent to the site.

Social media was swiftly alive with commentators quick as a Hawk in condemning the decision as a knee-jerk reaction prompted by a now over-cautious Civil Aviation Authority. These are the UK’s best pilots.

But bear in mind that service-maintained aerobatic display teams have accidents too. Count the Reds’ two fatal incidents of 2011; one immediately after a display routine. Within the last several weeks, add aircraft lost by Russian, Swiss and US teams to an already long list.

It’s a shame that the Red Arrows will have a lower-key role at this year’s show. But cheer their flypasts. And be sure to catch them at any of their almost 100 displays this year, where they can still be the best.