Who will prevail in US Army's FARA battle?

As one of the most intriguing current helicopter competitions, the US Army’s search for a Future Assault Reconnaissance Aircraft is entering a crucial few months, before it awards prototype contacts for two bidders to participate in a winner-takes-all fly-off.

As one of the most intriguing current helicopter competitions, the US Army’s search for a Future Assault Reconnaissance Aircraft (FARA) is entering a crucial few months, before it awards prototype contacts for two bidders to participate in a winner-takes-all fly-off.

With AVX Aircraft and Bell having already shown their innovative designs, programme rivals Karem Aircraft and Sikorsky used the AUSA convention in Washington DC to reveal their respective AR40 and Raider X proposals.

FARA is intended to deliver a successor to replace the army’s already-retired Bell OH-58 Kiowa Warrior armed scouts, which were extensively adapted over time from a simple commercial airframe.

By contrast, the new models now on offer are pushing the boundaries of rotorcraft technology, with features such as co-axial rotors, wings, pusher-props and internal weapons bays, all packaged up to achieve a speed performance of 180kt (333km/h) or more.

Experience levels vary, with Sikorsky drawing on years of findings made with its X2 and current S-97 Raider demonstrator, which is some 20% smaller than its proposed X-version. But what AVX and Karem may lack when it comes to past orders must be balanced against their design choices; the AR40 in particular appears a striking example of placing function before aesthetics. 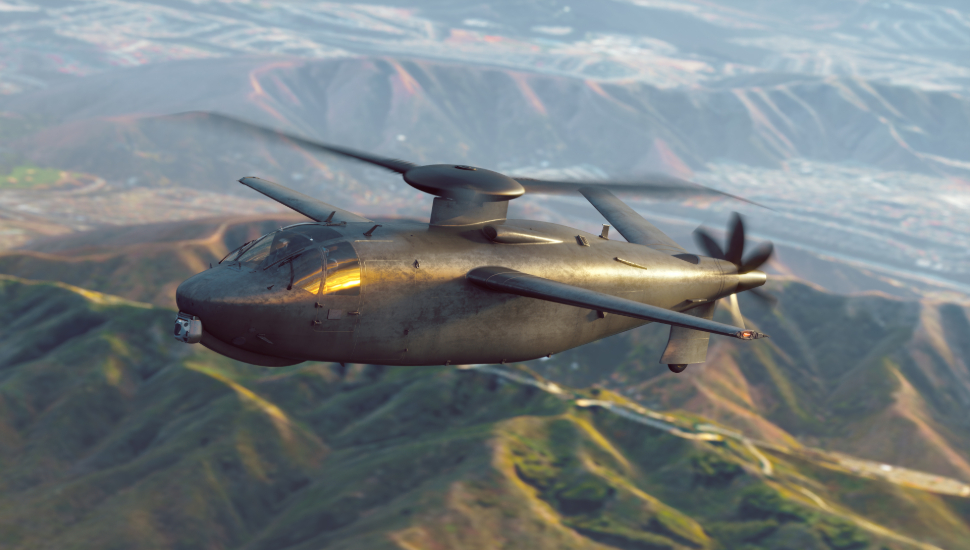 Through all of this, the contest’s other player, Boeing, is remaining conspicuously and intentionally silent about its intentions. The company opted to keep its cards close to its chest at AUSA, rather than reveal a configuration to prying eyes at such a crucial stage.

Given its recent successes in competitions to supply the US Air Force’s T-7A trainer and Stingray unmanned tankers for the US Navy, Boeing’s rivals would be foolish to discount the AH-64 Apache and CH-47 Chinook manufacturer’s chances on FARA.

But while army commanders want faster and more capable aircraft, can the service’s ambitions, and those of a technologically hungry and congested domestic industry, be matched with funds to keep pace with FARA and its broader Future Vertical Lift needs?

Or might the high-speed performance and innovative technologies promised for delivery with types like the AR40, Raider X and Bell’s 360 Invictus ultimately suffer the same fate as the Boeing-Sikorsky RAH-66 Comanche, cancelled 15 years ago? The army is currently paying the price for that decision.

Note: Boeing is omitted from our online poll, as it has yet to reveal its FARA concept