Las Vegas-based Allegiant Air has ordered 12 Airbus A320s from the airframer, in its first purchase of new aircraft.

The aircraft will enter service between 2017 and 2018, says Allegiant. They will be powered by CFM International CFM56 engines.

Allegiant chief executive Maury Gallagher says the new aircraft order "should not be seen as a change in our fundamental strategy". 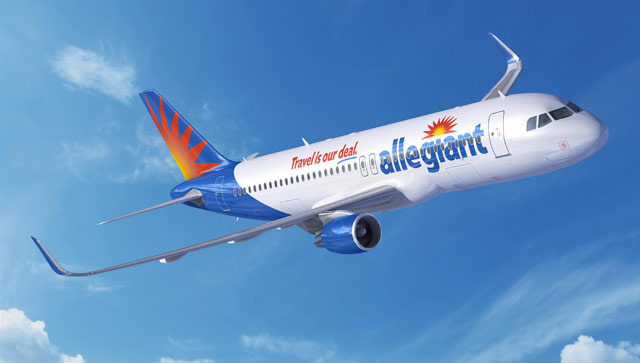 "We have always looked at building our fleet opportunistically, and this agreement is no exception. With Airbus preparing to transition production of its current engine option models to new engine option models, we were able to negotiate an order for twelve end-of-line slots," he adds.

With the new order, Allegiant has 77 Airbus aircraft in service or committed for future delivery. The ultra low-cost carrier had previously purchased only used A320s.

Allegiant is in the process of transitioning to an all-Airbus fleet by 2019 from its fleet of Boeing MD-80s. It also operates a small fleet of Boeing 757s which are being phased out.

"Streamlining our fleet will increase efficiencies across our entire operation and bring economic advantages in fuel savings and a higher number of seats - allowing us to continue offering the industry's most affordable fares, while increasing reliability," says Allegiant chief operating officer Jude Bricker.