United Airlines’ first Boeing 787-9 has left the paint shop, as it is readied for delivery in July. 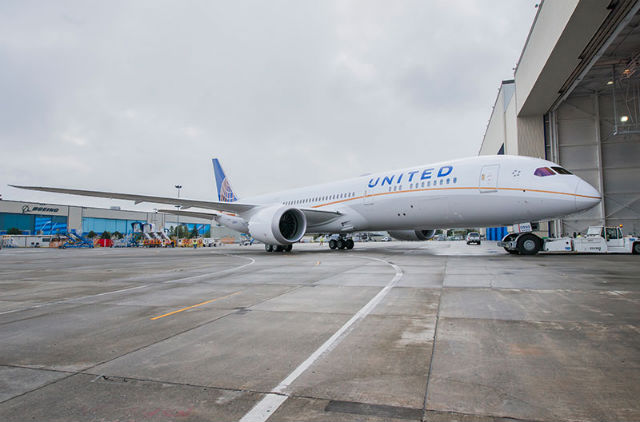 Roll out from the paint shop occurred a little more than a month after the aircraft exited Boeing’s final assembly line in Everett, Washington, on 8 April.

The United 787-9 is the first customer -9 to be powered by General Electric GEnx engines, and will be one of six participating in the flight test programme for the stretched variant. In total Boeing's flight-test programme comprises four R-R powered 787-9s and two GEnx-powered aircraft.

The Chicago-based carrier will place the aircraft in service on domestic routes in September or October, with international service between Los Angeles International and Melbourne Tullamarine International airports beginning on 26 October.