The first Airbus A321neo equipped with a modified fuselage and additional cabin exits is nearing completion on the final assembly line at Hamburg.

Dubbed the “Airbus Cabin Flex” (ACF) version, this first major variation of the A321 fuselage incorporates up to four overwing exits instead of the pair of main cabin doors immediately ahead of the wing on existing A321. The pair of doors immediately behind the wing has been also repositioned aft by four fuselage frames (with a deactivation option). 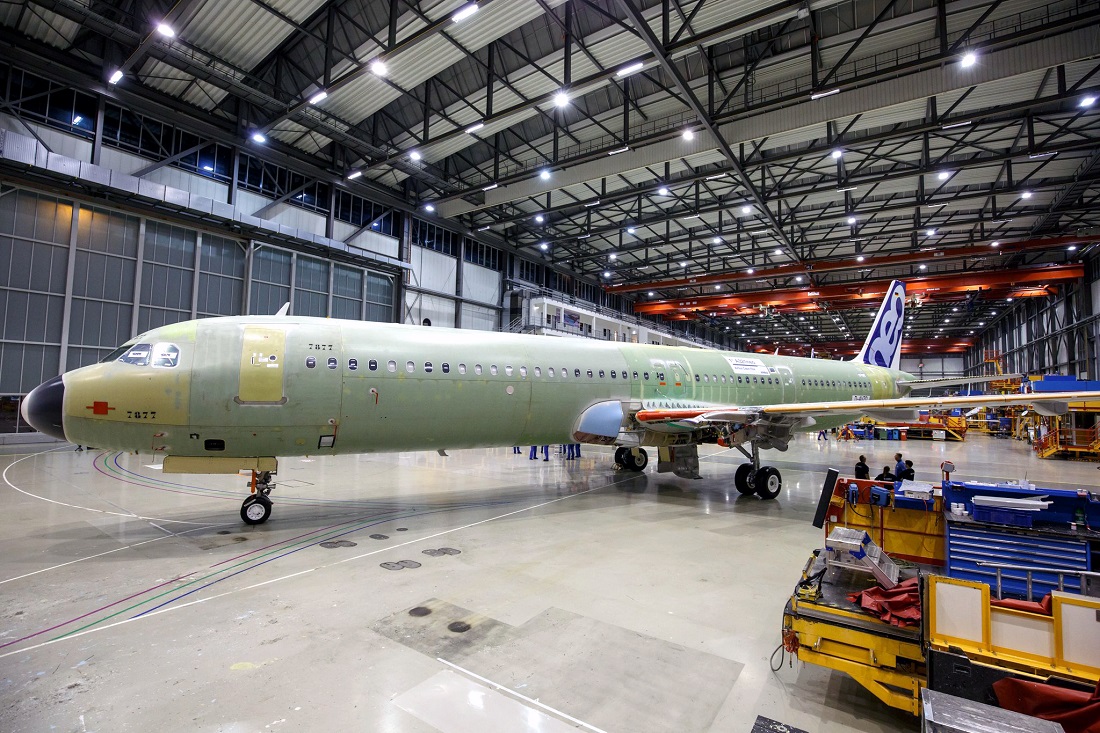 The changes increase in the twinjet’s maximum seating from the current 230 passengers to up to 240. Other interior changes include slimmer seats, a redesigned rear galley and lavatory module, and a new rating for its exit doors.